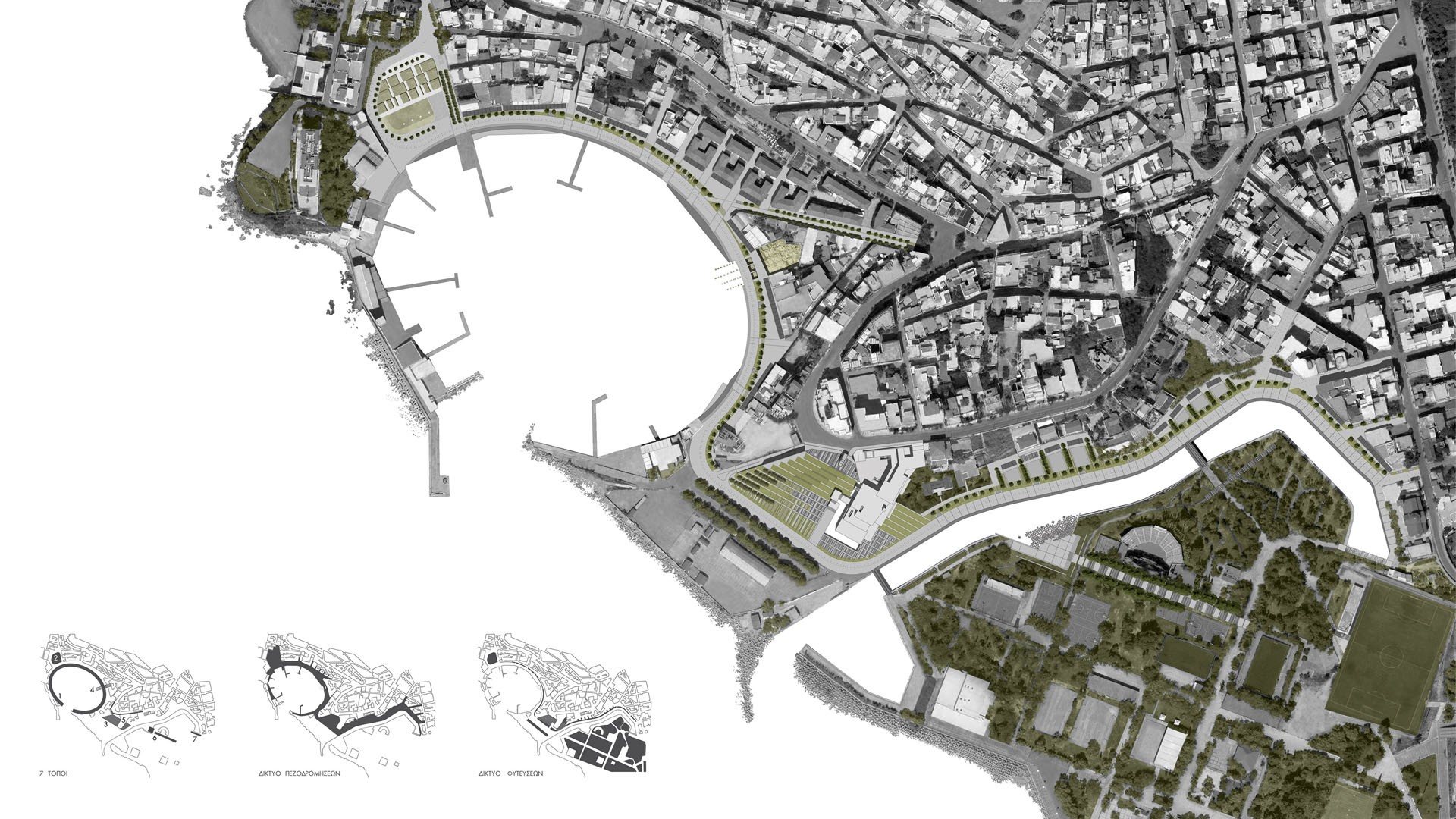 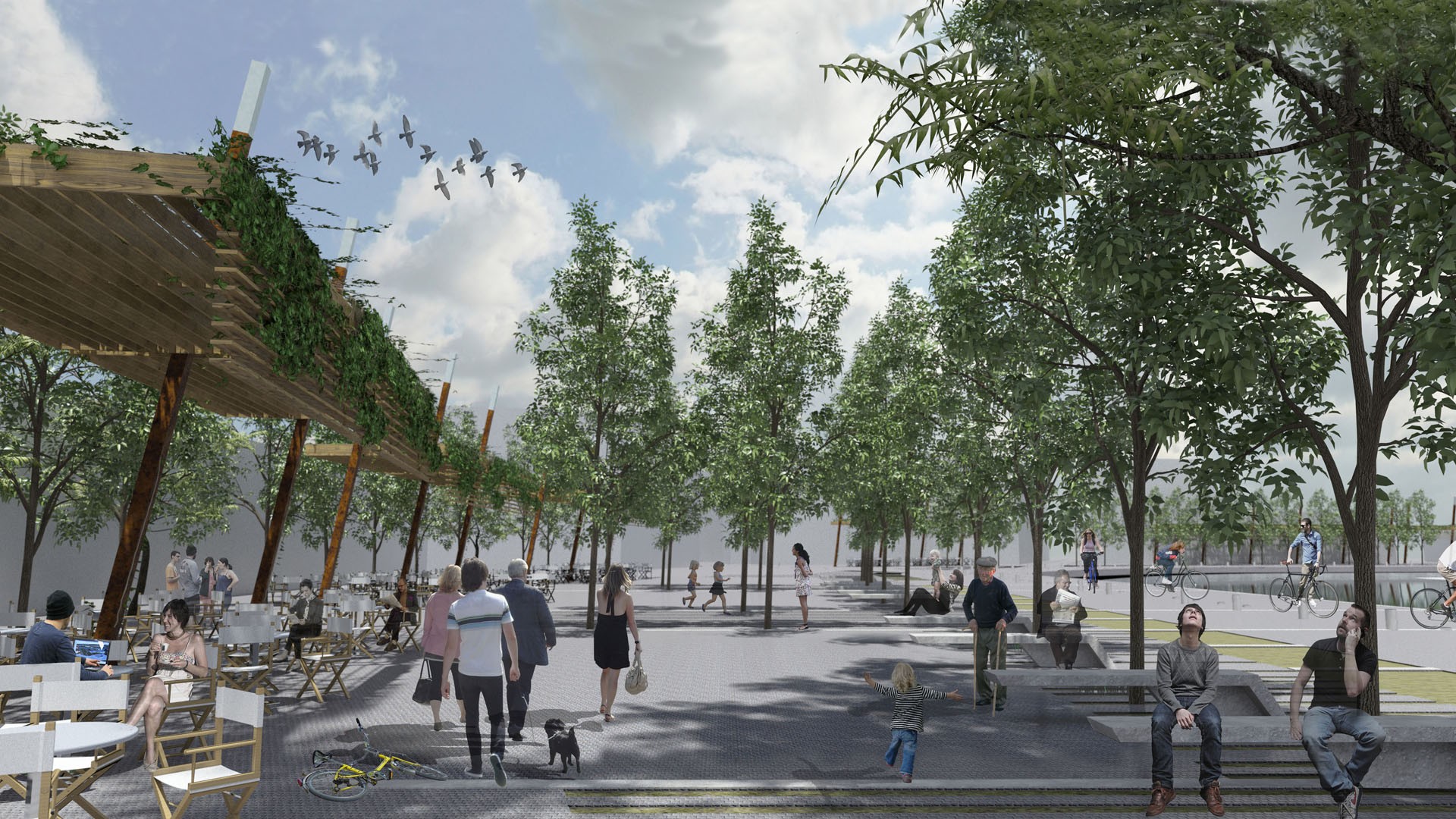 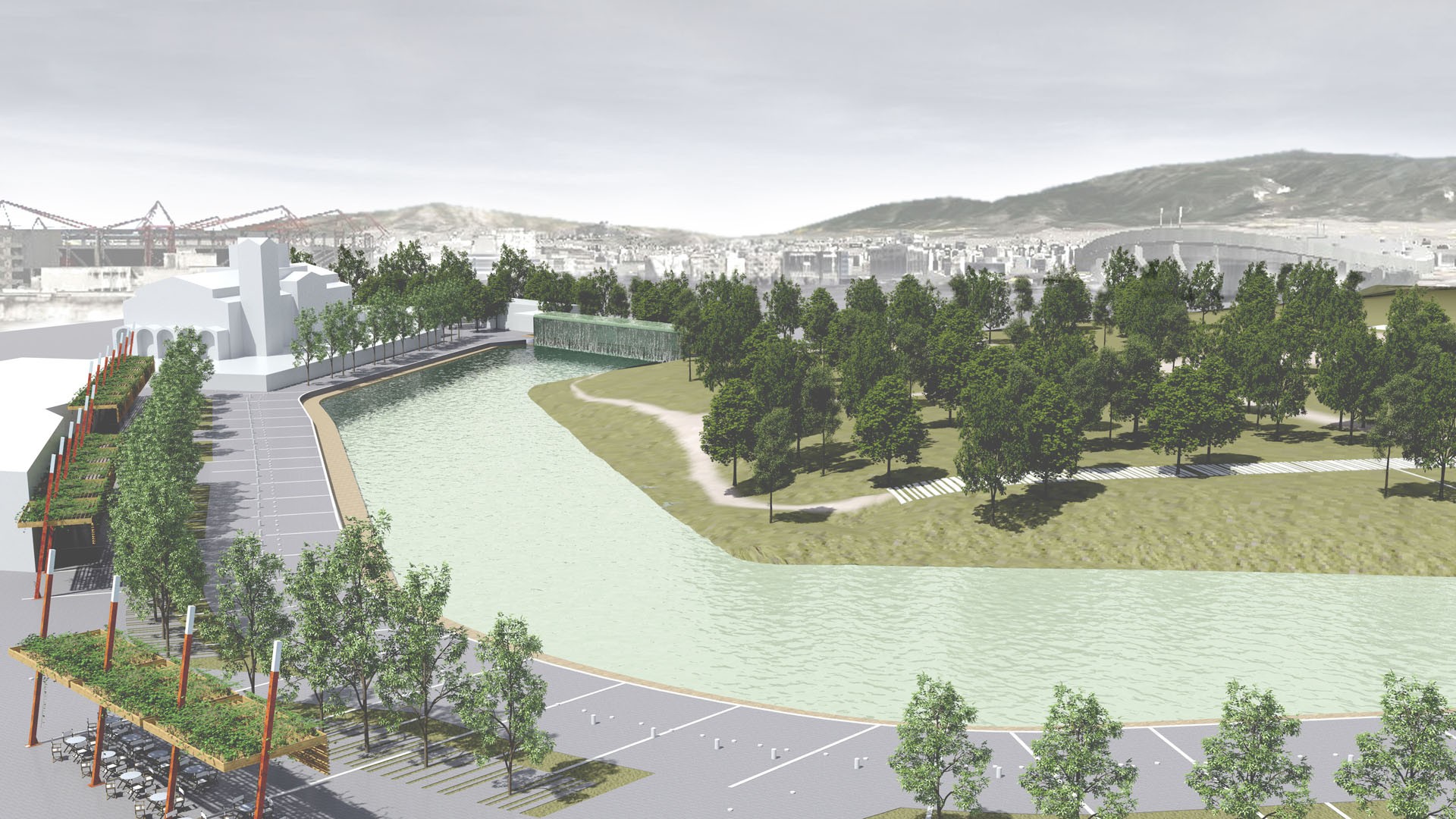 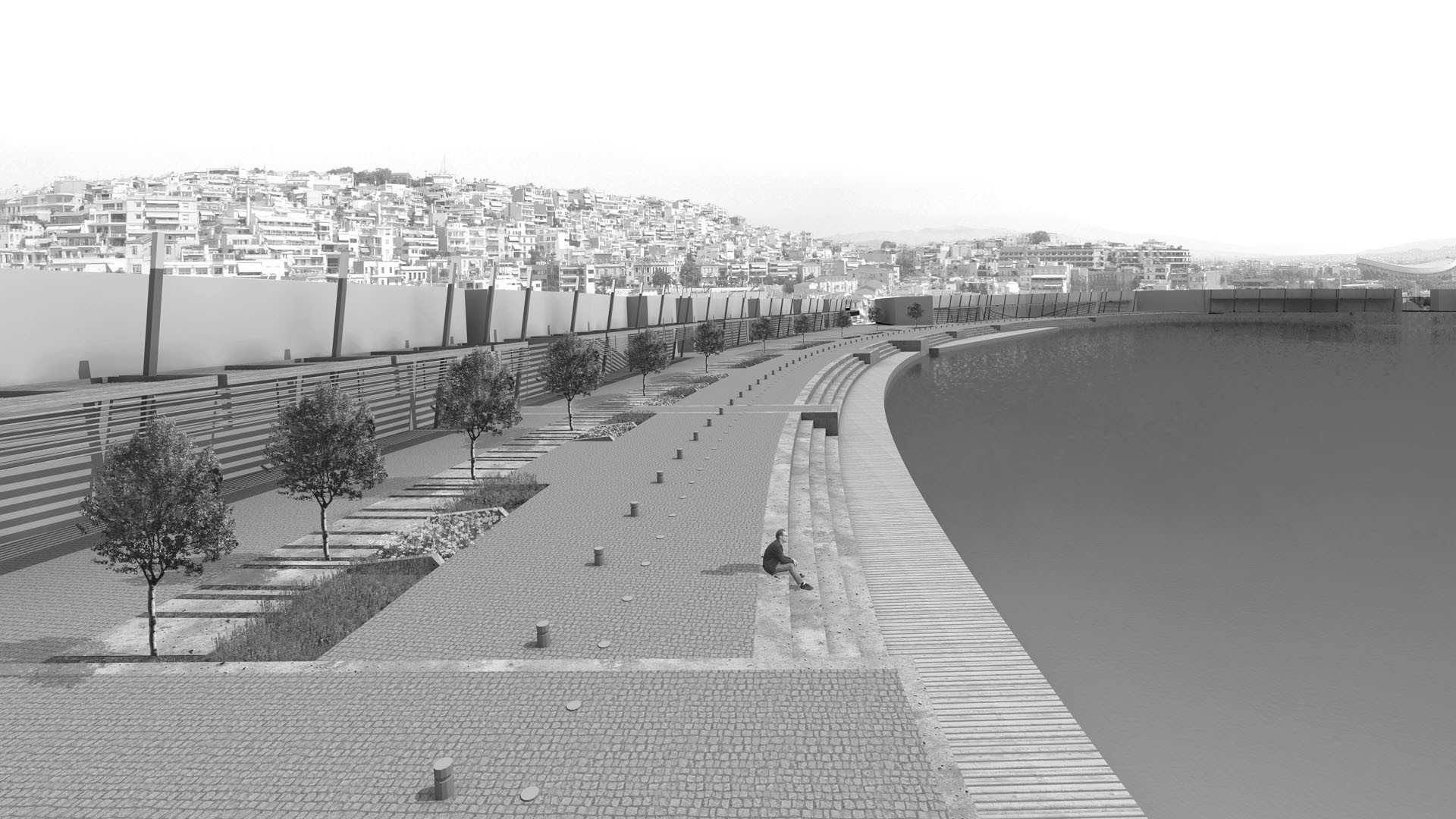 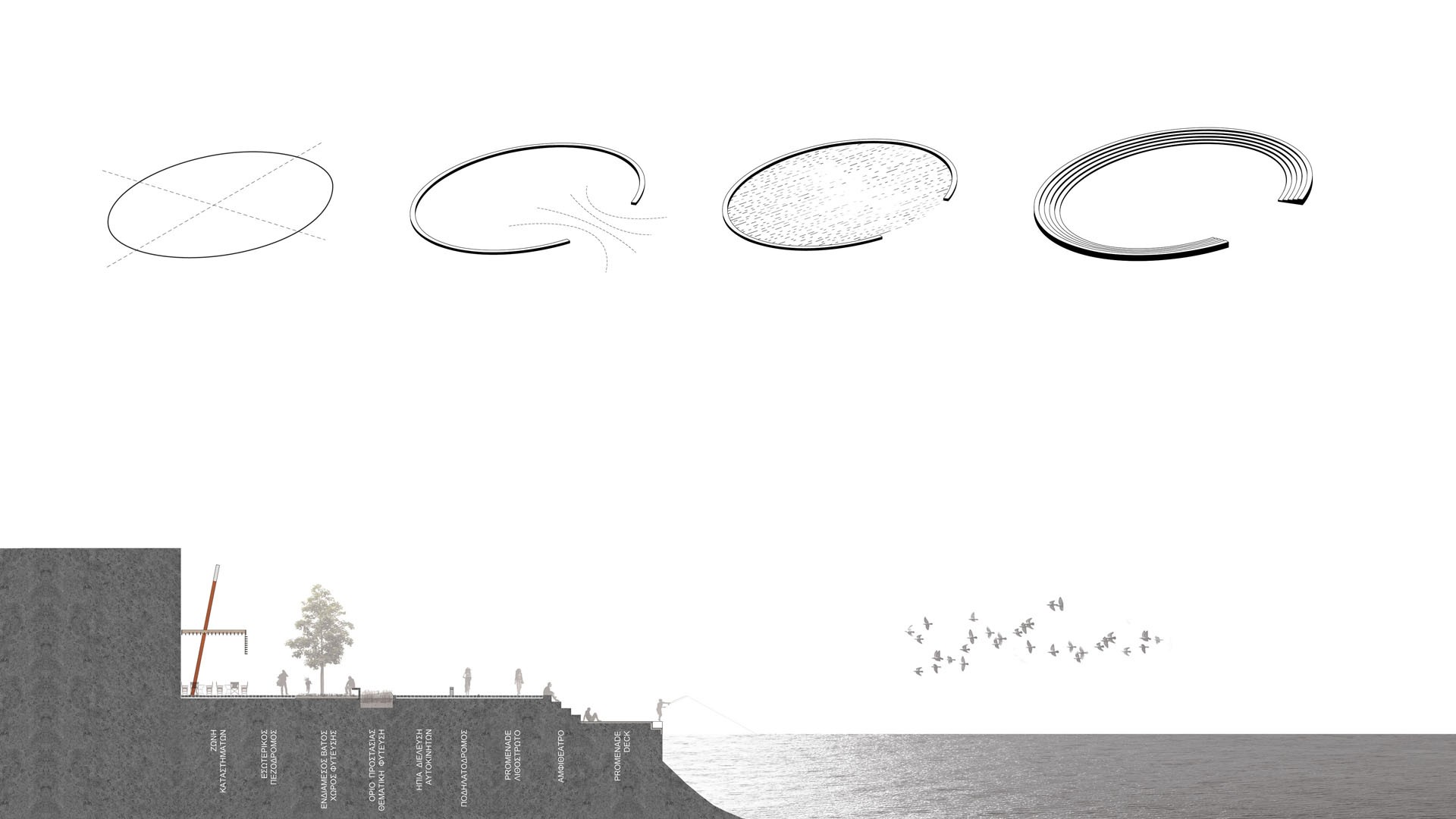 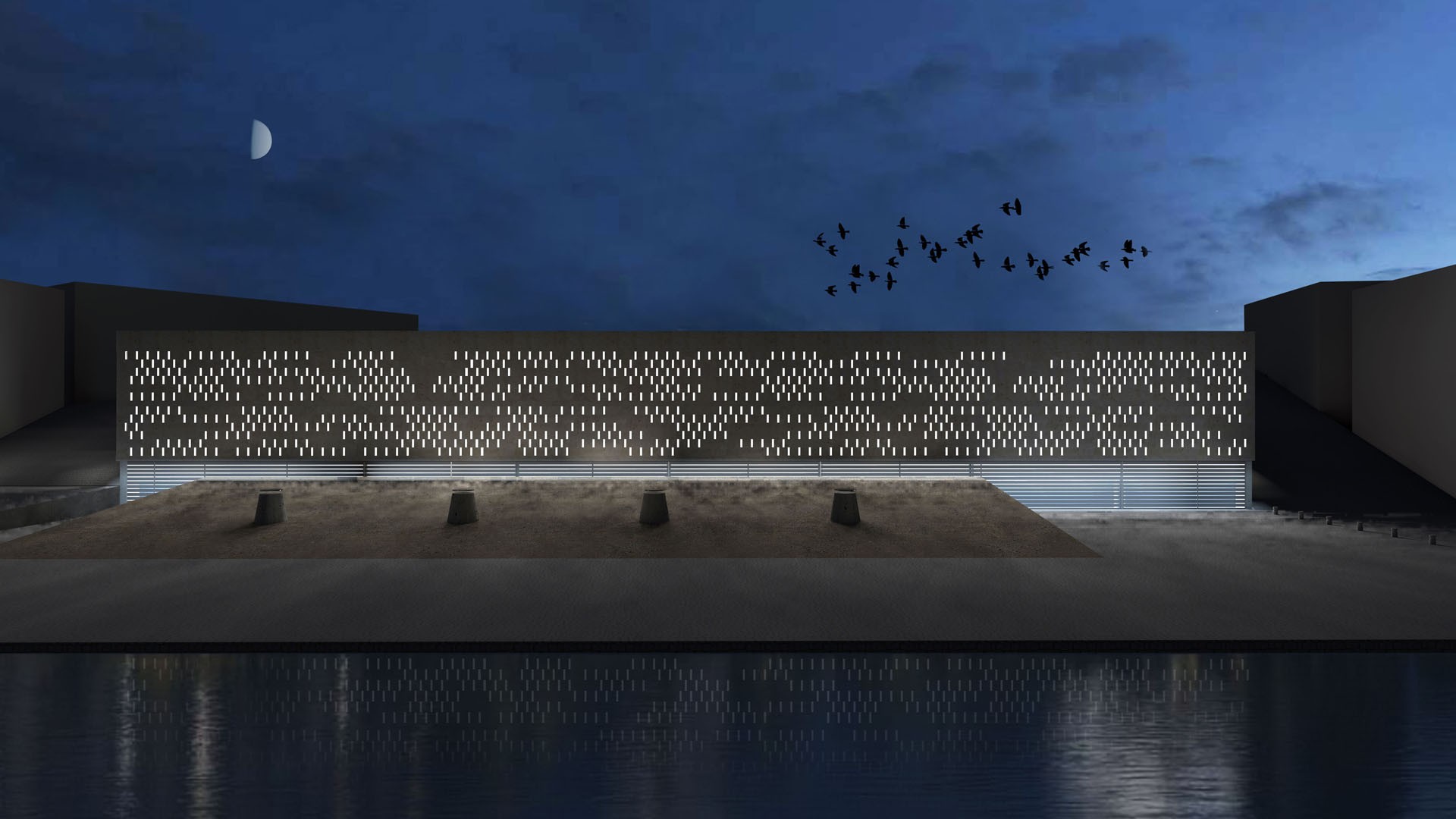 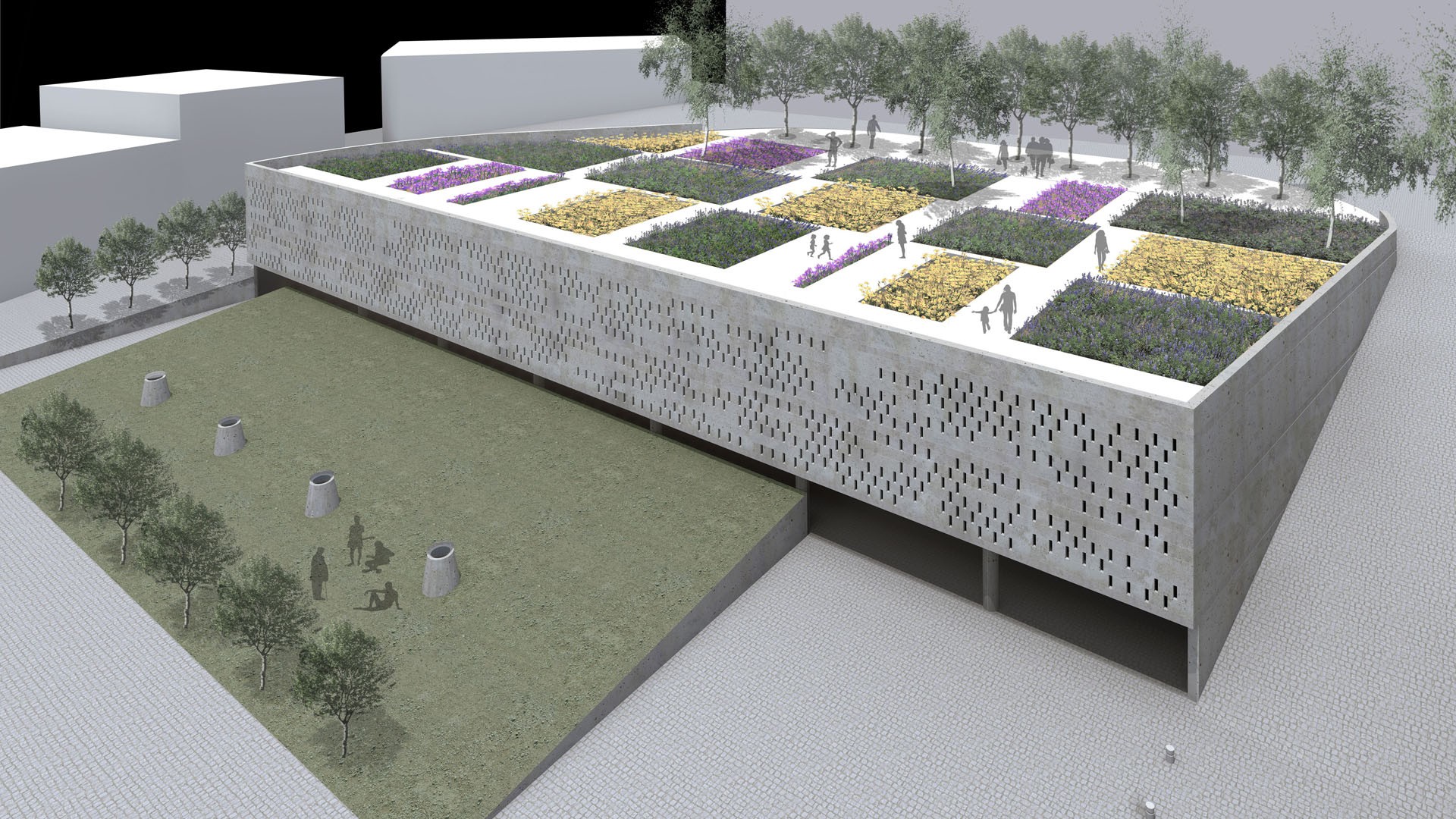 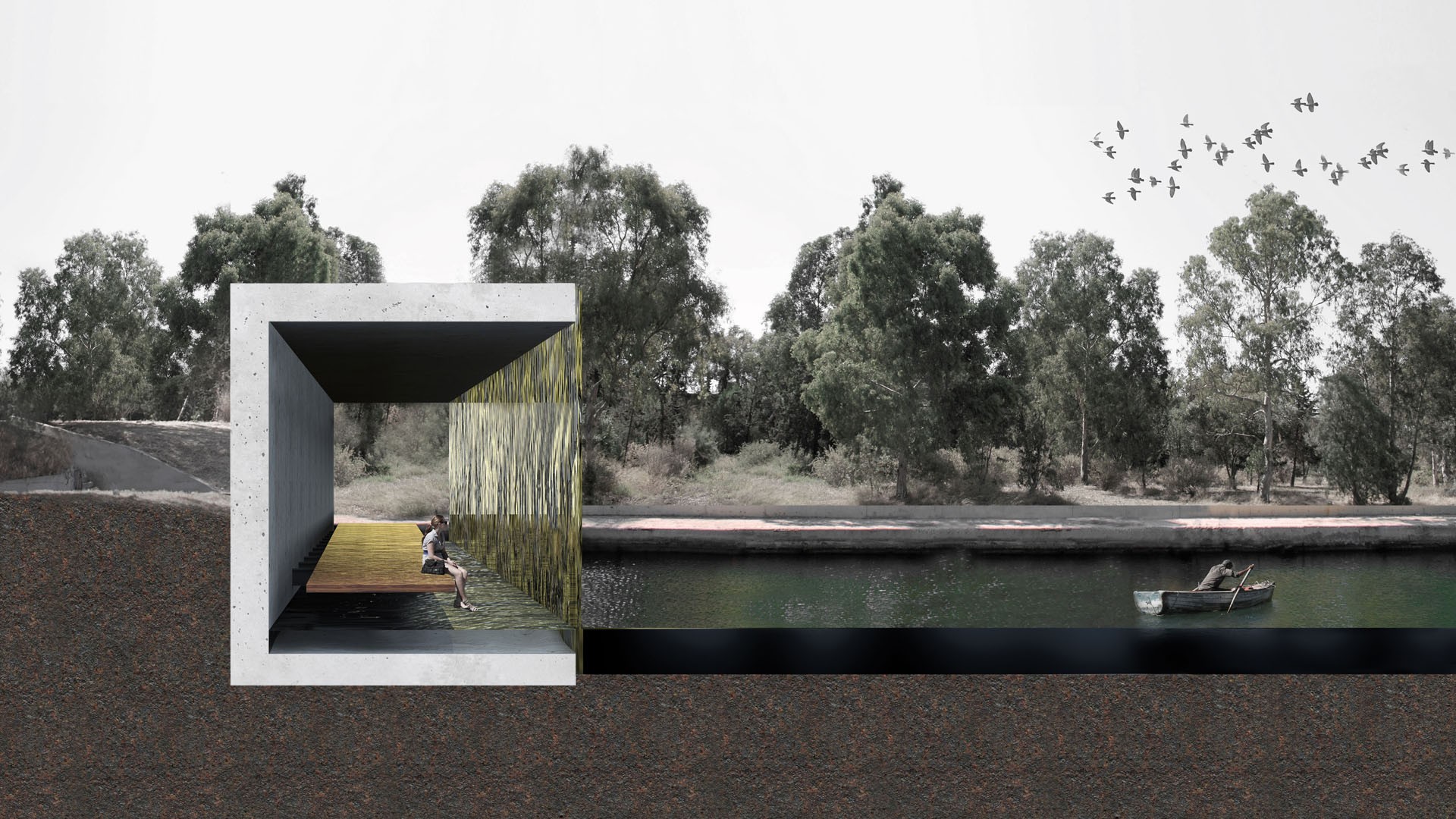 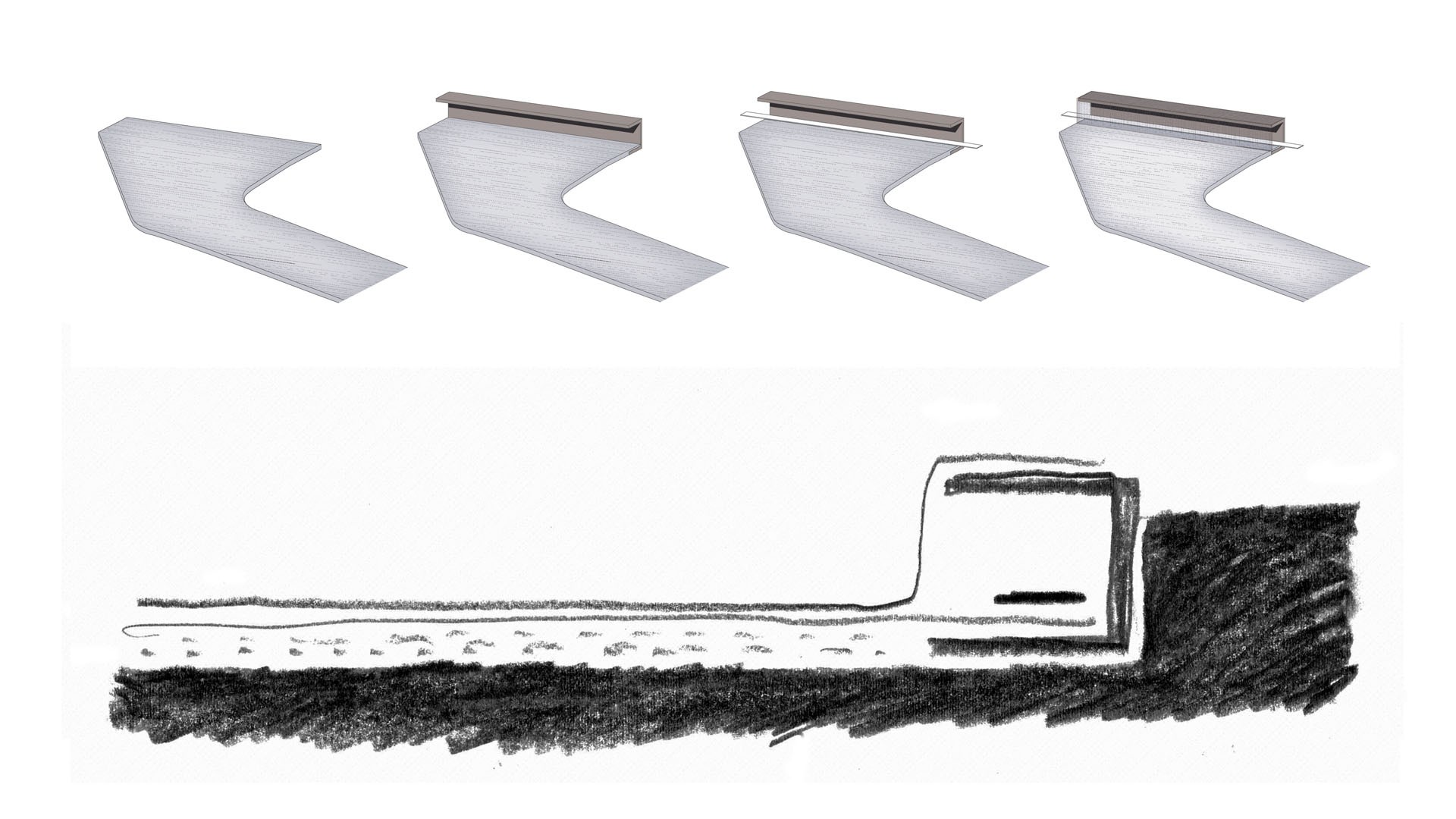 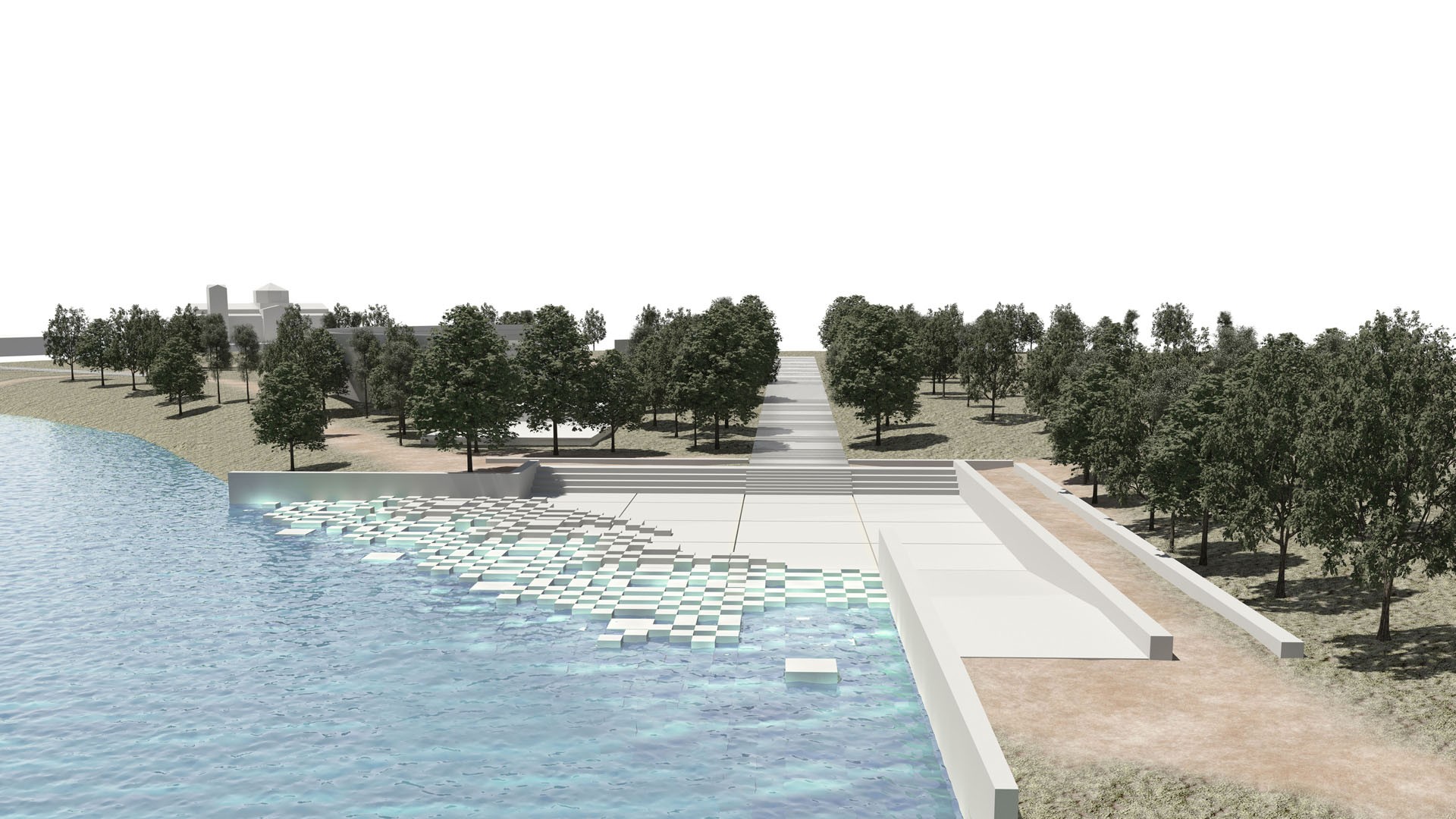 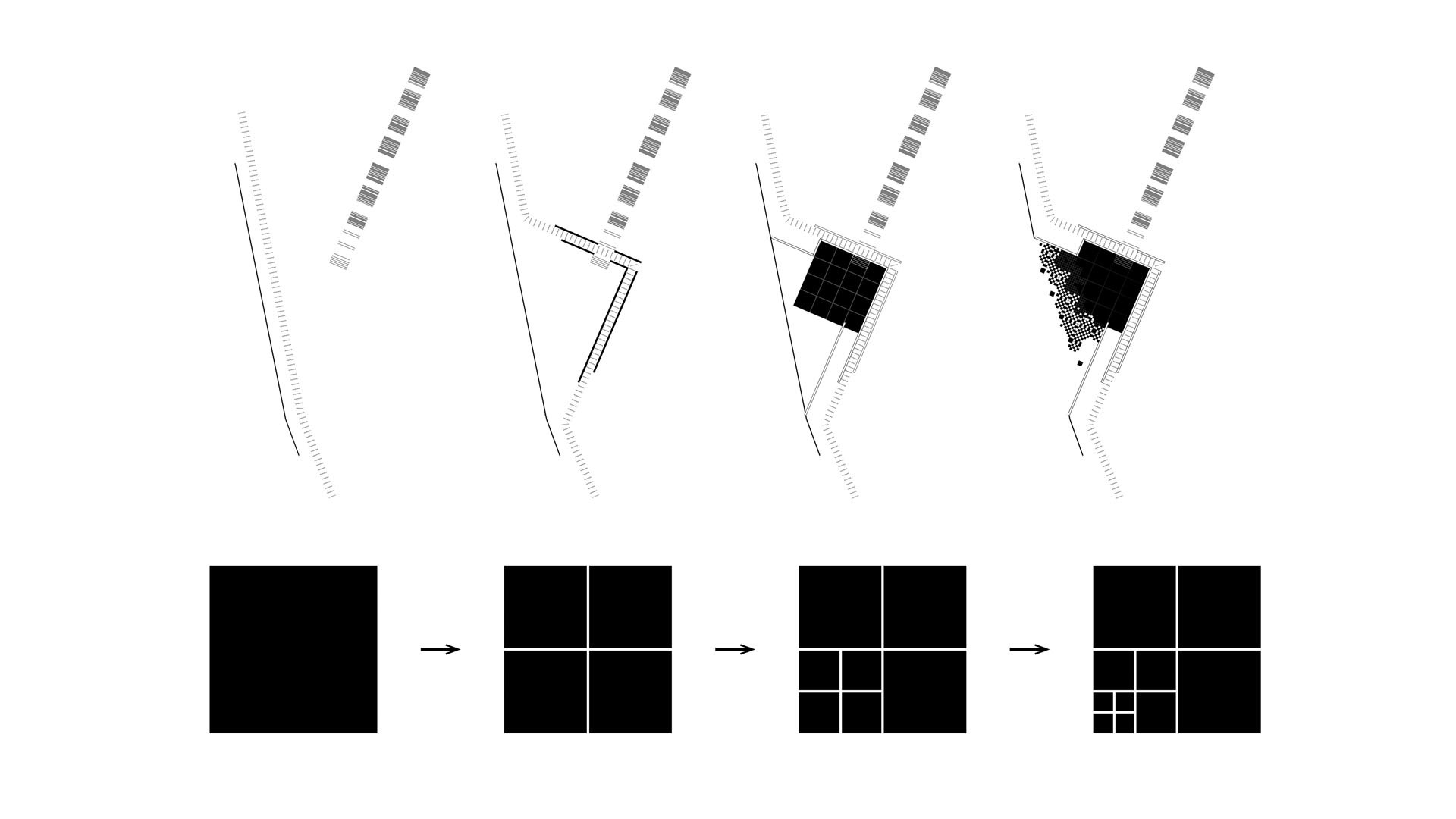 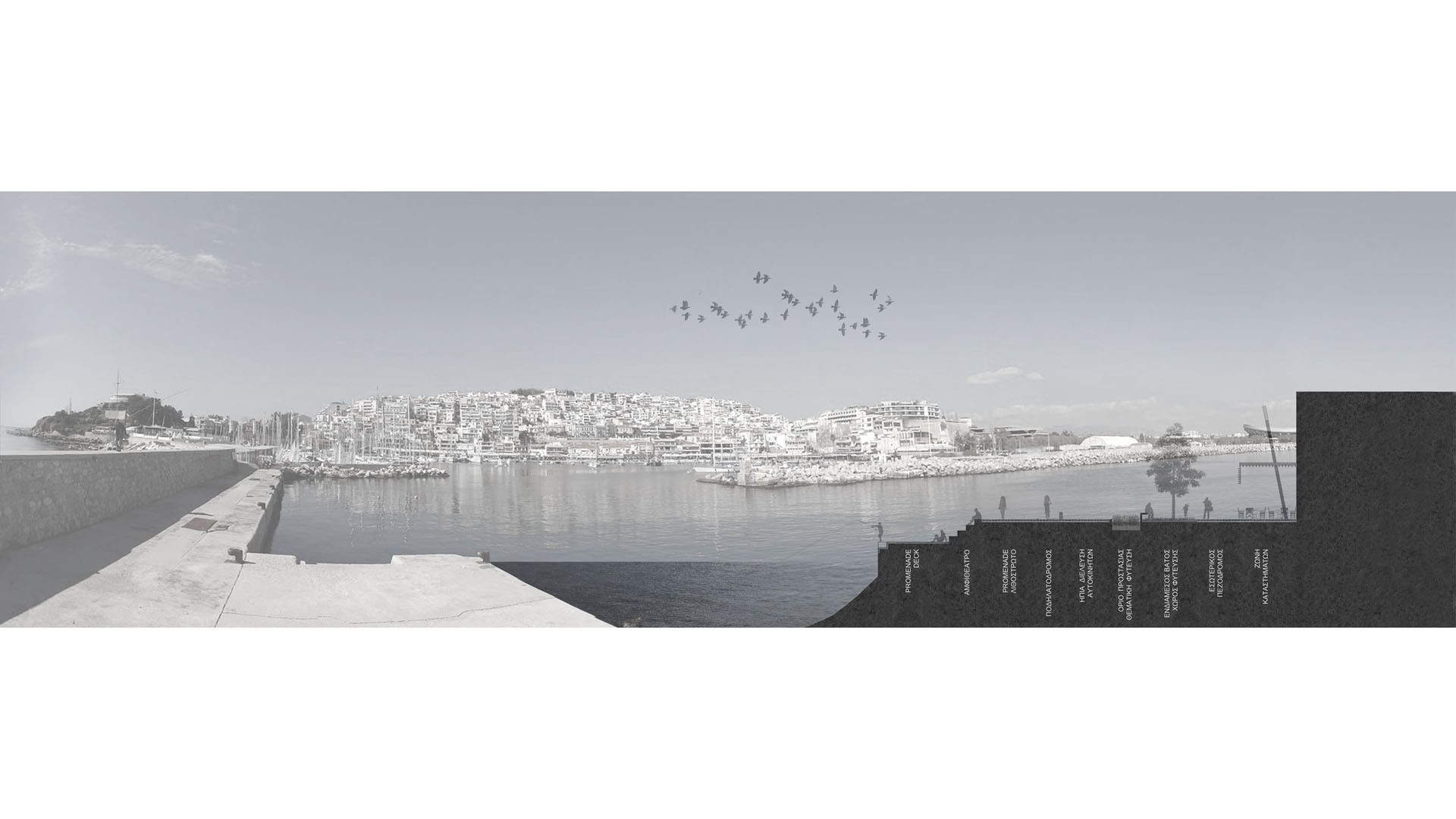 Redesign of Microlimano Coast of Piraeus

Redesign of Microlimano Coast of Piraeus

The Microlimano coast is a seafront boundary, an intermediate zone between the urban net and the water element. It is a meeting place, a field of human interaction, as a surrounding “leisure”.

The redesign theme was not considered as an aesthetic urban intervention, but as a hierarchical topology, a field condensing meanings and concepts, a triggering mechanism of locus and time.

The enclosed topography of the Microlimano Gulf always preserved the theatricality of a concavity (the natural terrain) and a water stage (the marine disc), in which the same play is performed for centuries, in different variations, but with the same plot and theme: the departure and the return journey. The characters remain the same, the one who goes and the other who stays, alternating roles of spectator – actor, seated – passerby, traveler – observer, making this boundary an articulation and a meeting place.It is proposed to accentuate what the place already dictates, which is the development of tiers utilizing the terrain, as a natural “amphitheater” for contemplation of the “performance”. The seafront in its entirety is organized as a calm cultural pedestrian walk, as a continuum, a paved path without interruption, and is incorporated to the topography, magnifying the perceptual boundaries of the spectator, transforming space into time. The hierarchy of uses and functions defines the space management policy, and is organized in concentric zones as the ideogram of circular ripple pattern. It is an urban factor, a field of action that receives and accommodates. This spatial boundary is populated, making the maximum use of space while in the same time it dwells uniquely as genius loci.

It was requested that a multi-storey car park was located adjacent to a remarkable example of the Greek modernism, the Zahariou Cultural Center (architect I. Liapis). The new addition didn’t intend a confrontation or a comparison to the existing architecture but a neutralization of its own materiality. The landscape is implemented as a tool resourcefully as a sliding and folding field operation, rather than a mere depository surface. Space is manipulated with tilling and penetrating gestures in order to publically collect and diffuse cultural uses and thus create an experience of a green roof – square.

Complement the way the landscape is developed.

The integration of the second multi-storey car park, is also considered an act of assimilation of a building mass by the natural sloping terrain, converting the roof in an accessible planted surface. The thematic garden is a continuous diffused public space, a contemplating belvedere that promotes the view to the locus amphitheater.

Adequately defined locations give the lost meaning to the place, highlighting the virtues of this path, such as

– The transition from urban to natural context exclusively through a water gallery. Its front facade is defined by a waterfall, a fluid diaphragm denoting the source of the canal.

– The end of a pathway as the dissolution of the artificial structure in the water canal, obtain a meaning of place.

– Archaeological findings of ancient ship sheds, are revealed by scratching the surface and by making urban sections in order to divulge a layer of historical evidence.

Restoration of the Zahariou Cultural Centre

The restoration of an urban object, a remarkable example of Greek modernism, is approached honoring its inherent design principles and concepts. The locus dictated these design conditions as a process of topographical appropriation. It determines the meaning of the site, the desire for an open horizon, the vastness of the enclosure, the analogy of ship voyages. These concepts correspond to a vocabulary of cantilevered surfaces, open plan and architectural promenade. The design proposal dictates the completion of the building envelope as it was originally designed with minor alterations. A shallow water element is introduced in order to protect and delimitate the building as an urban object. The building is part of the whole adjacent public place, conserving the spirituality of matter but at the same time the materiality of its conceptual idea, as I. Liapis would have envisioned.