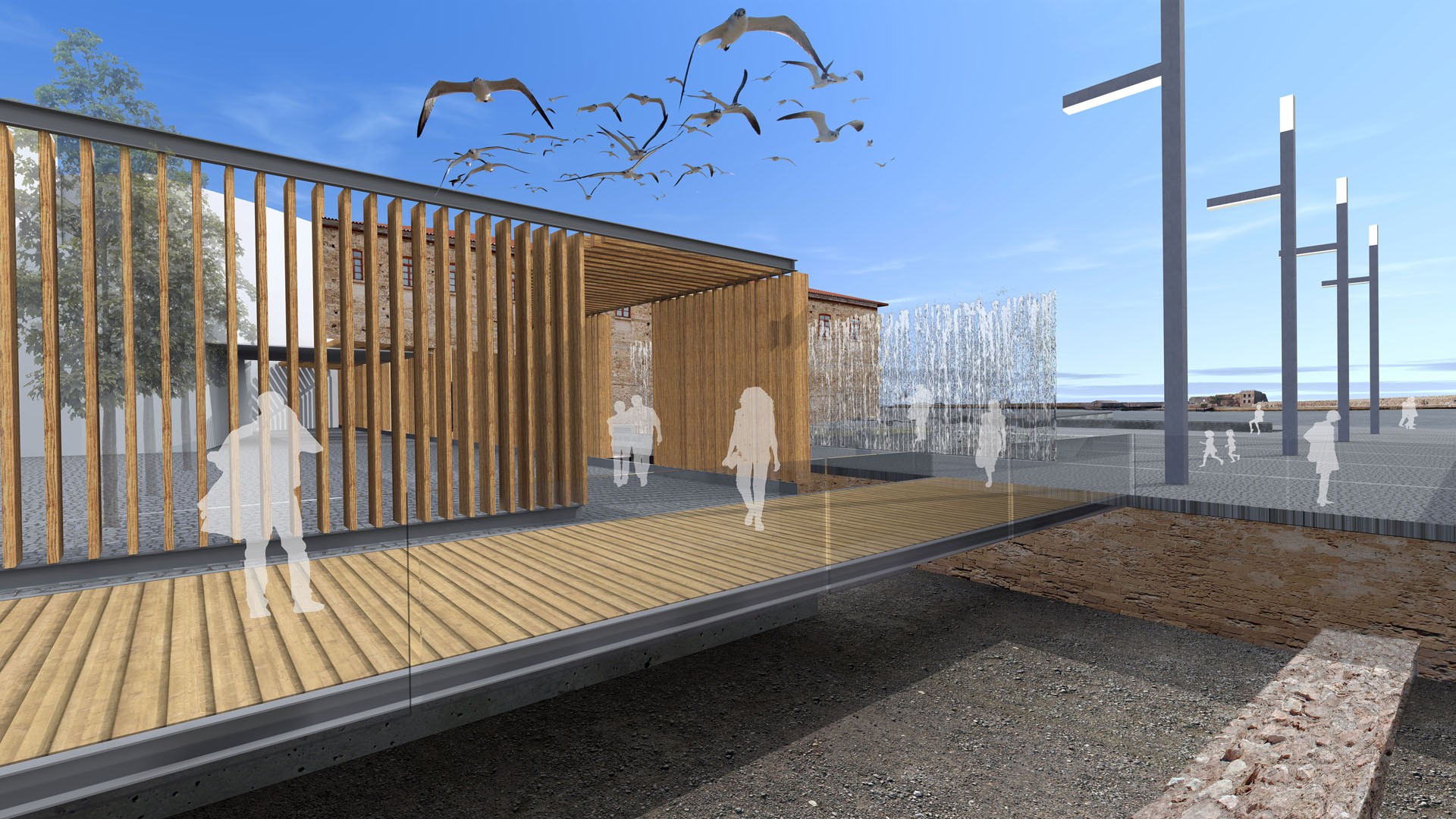 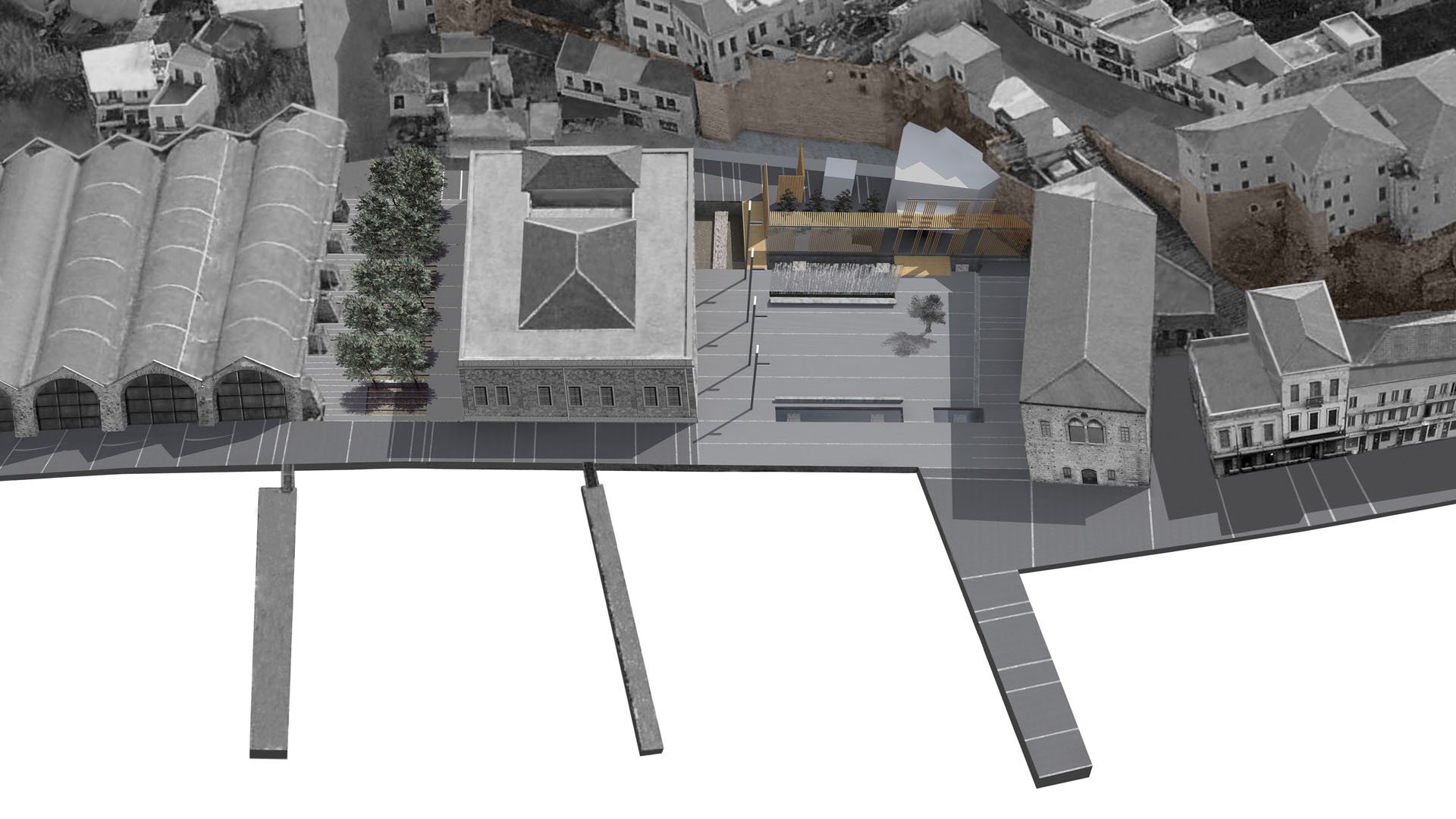 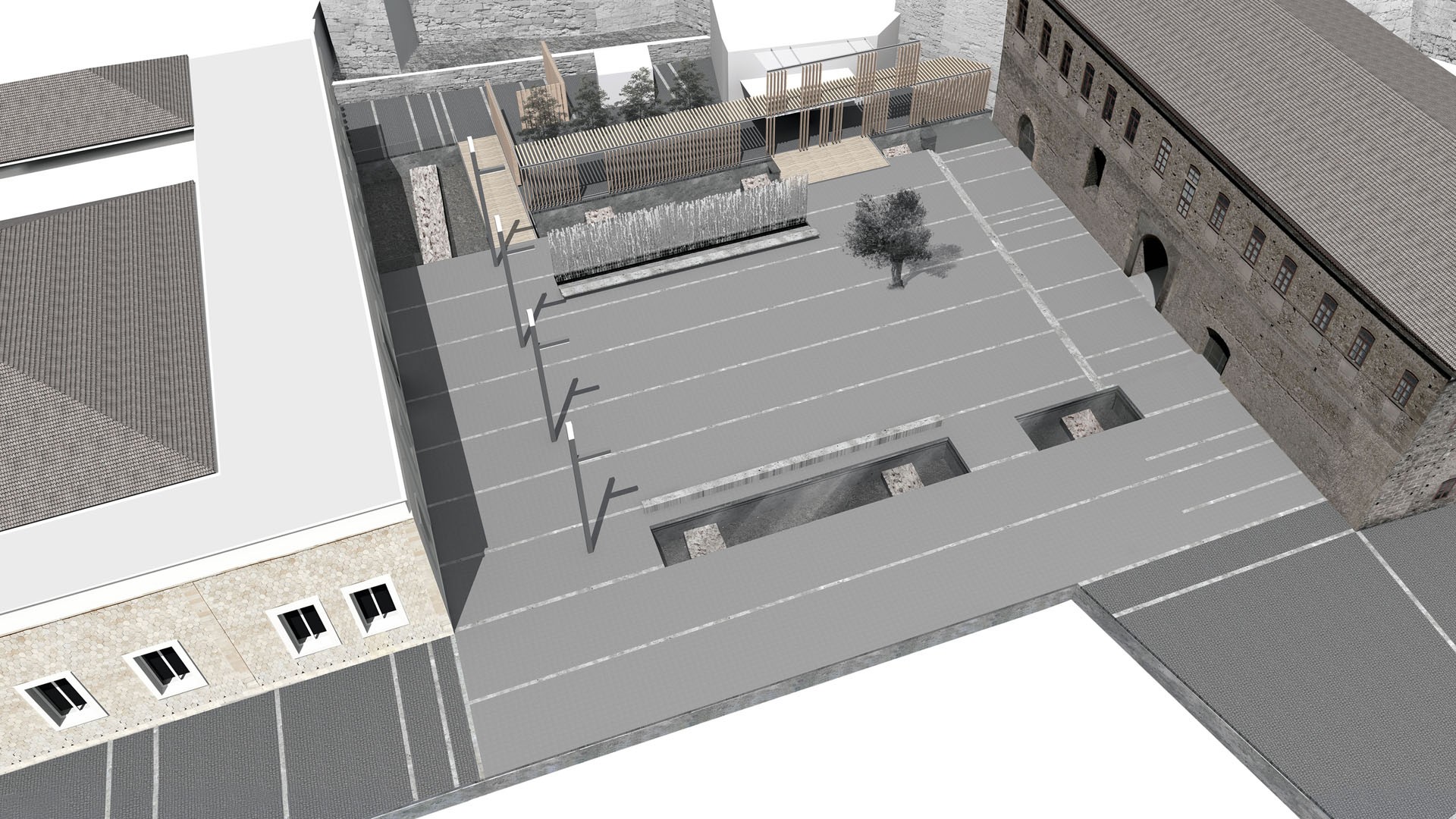 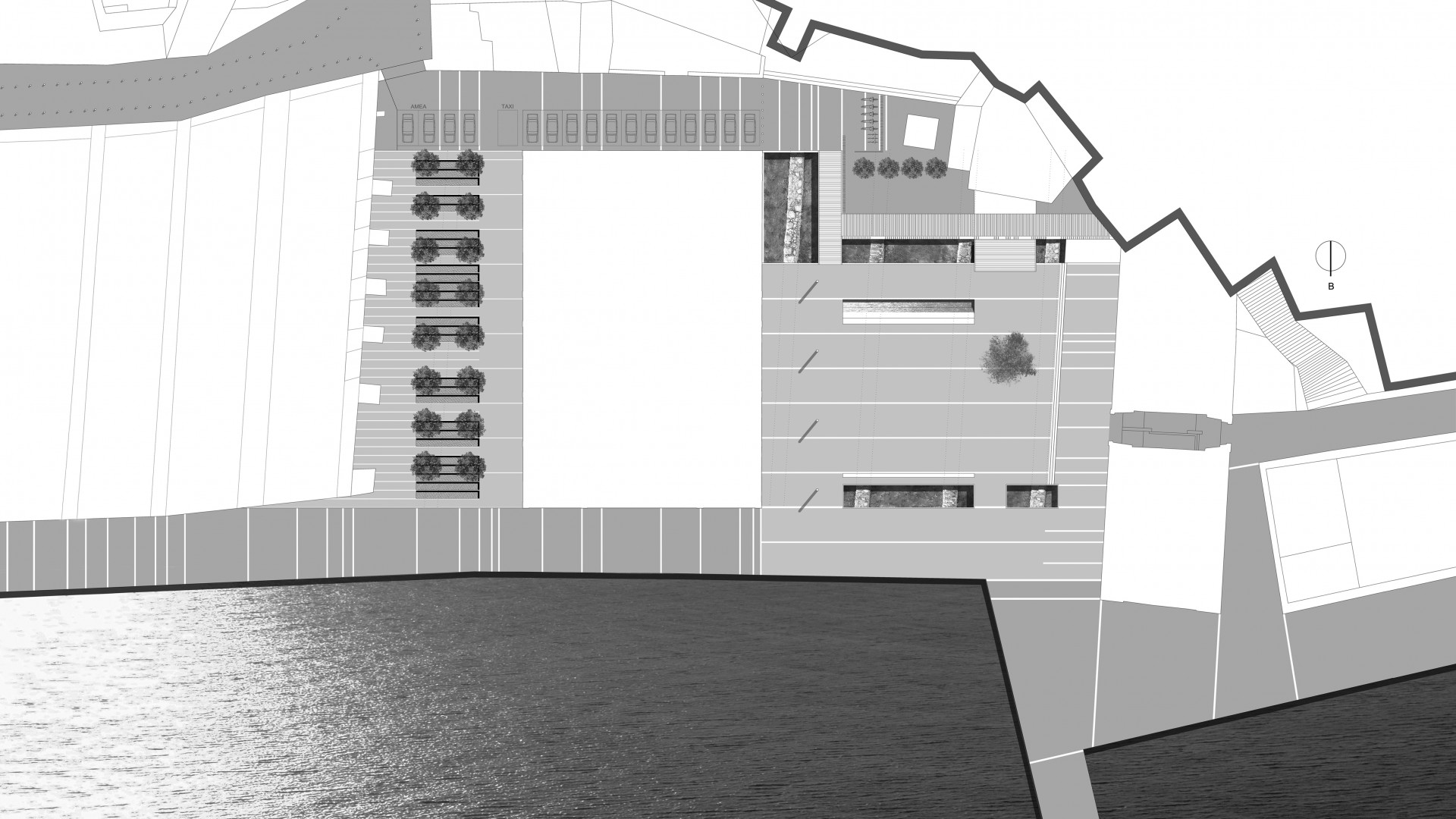 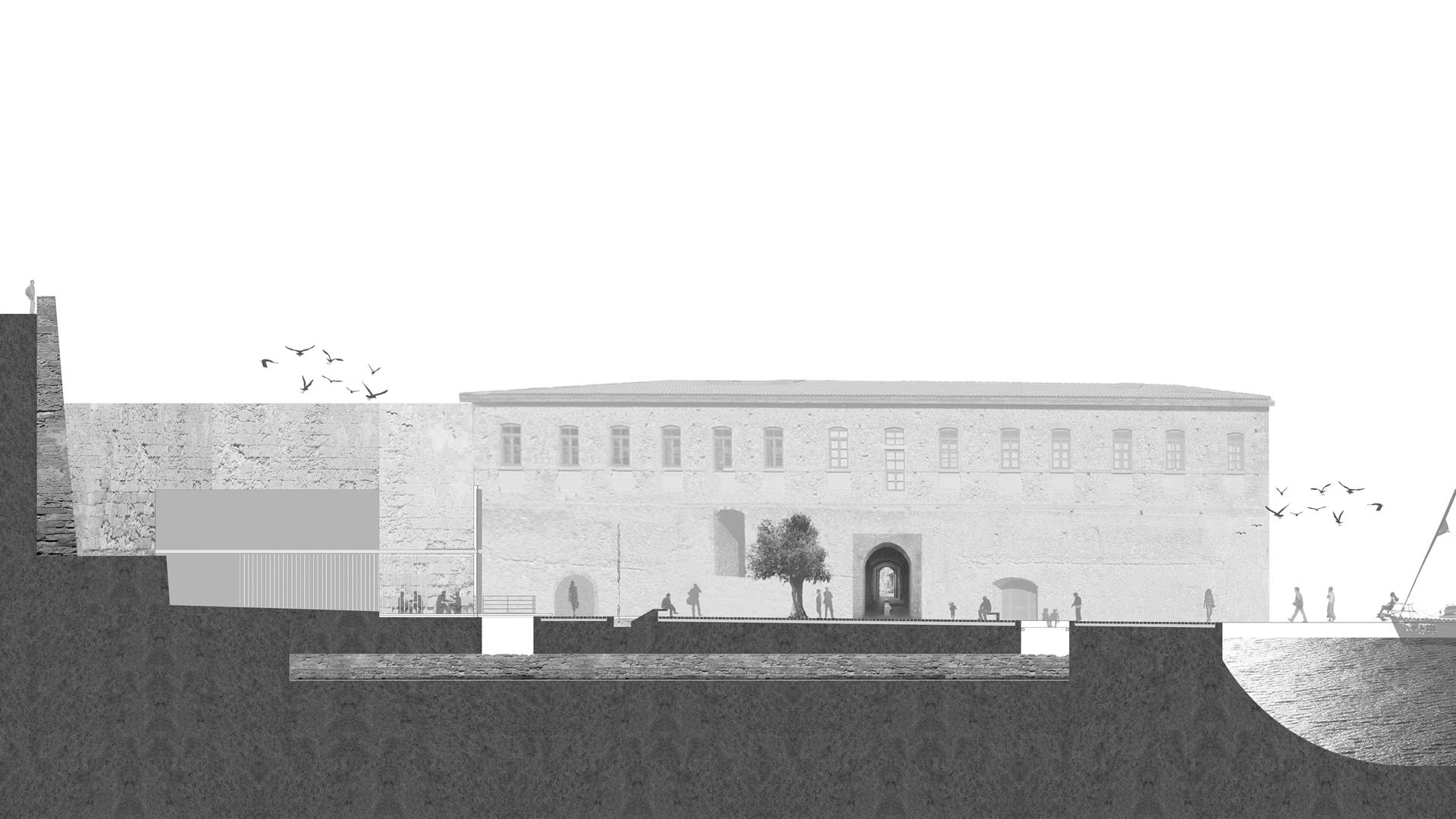 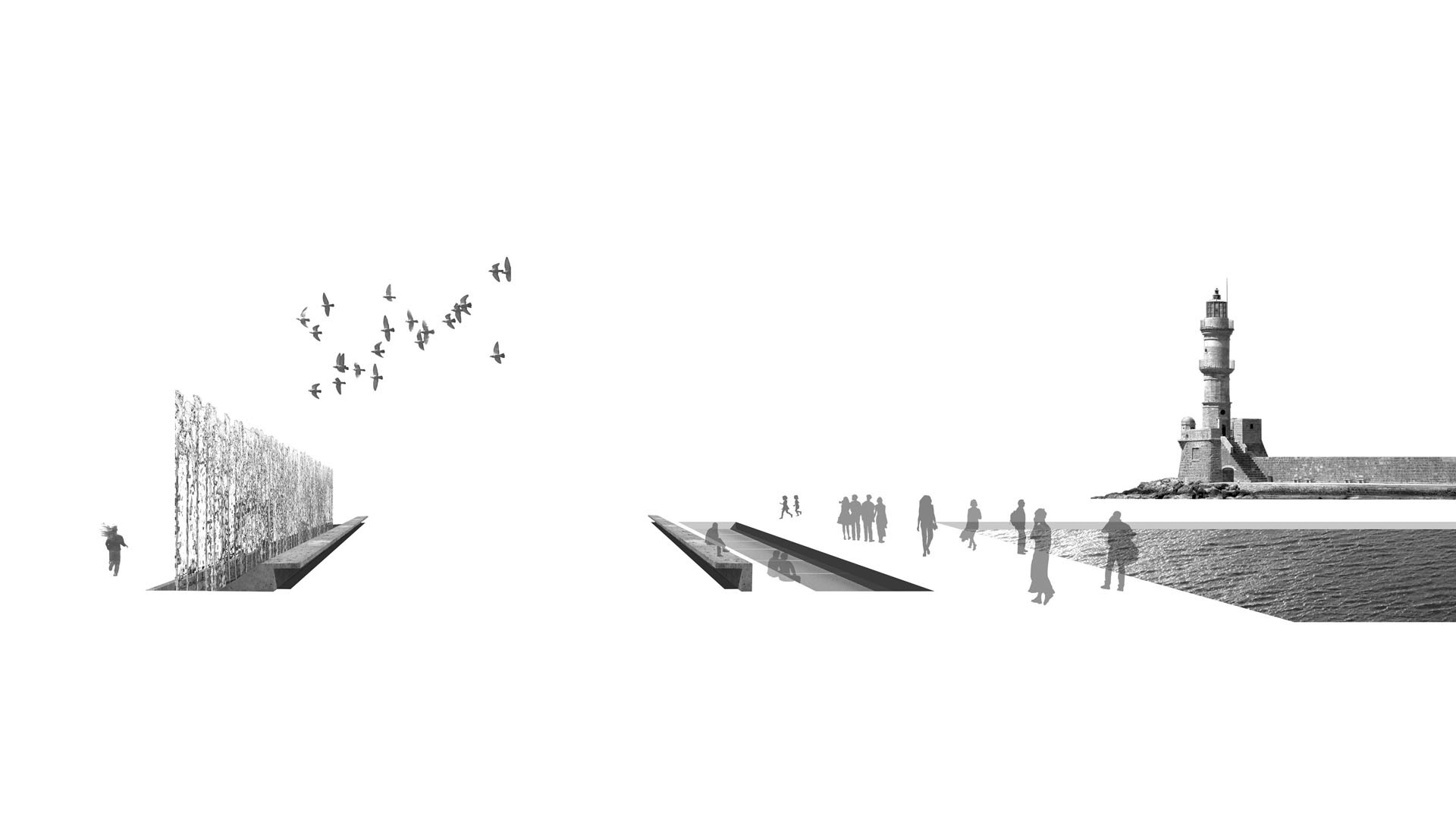 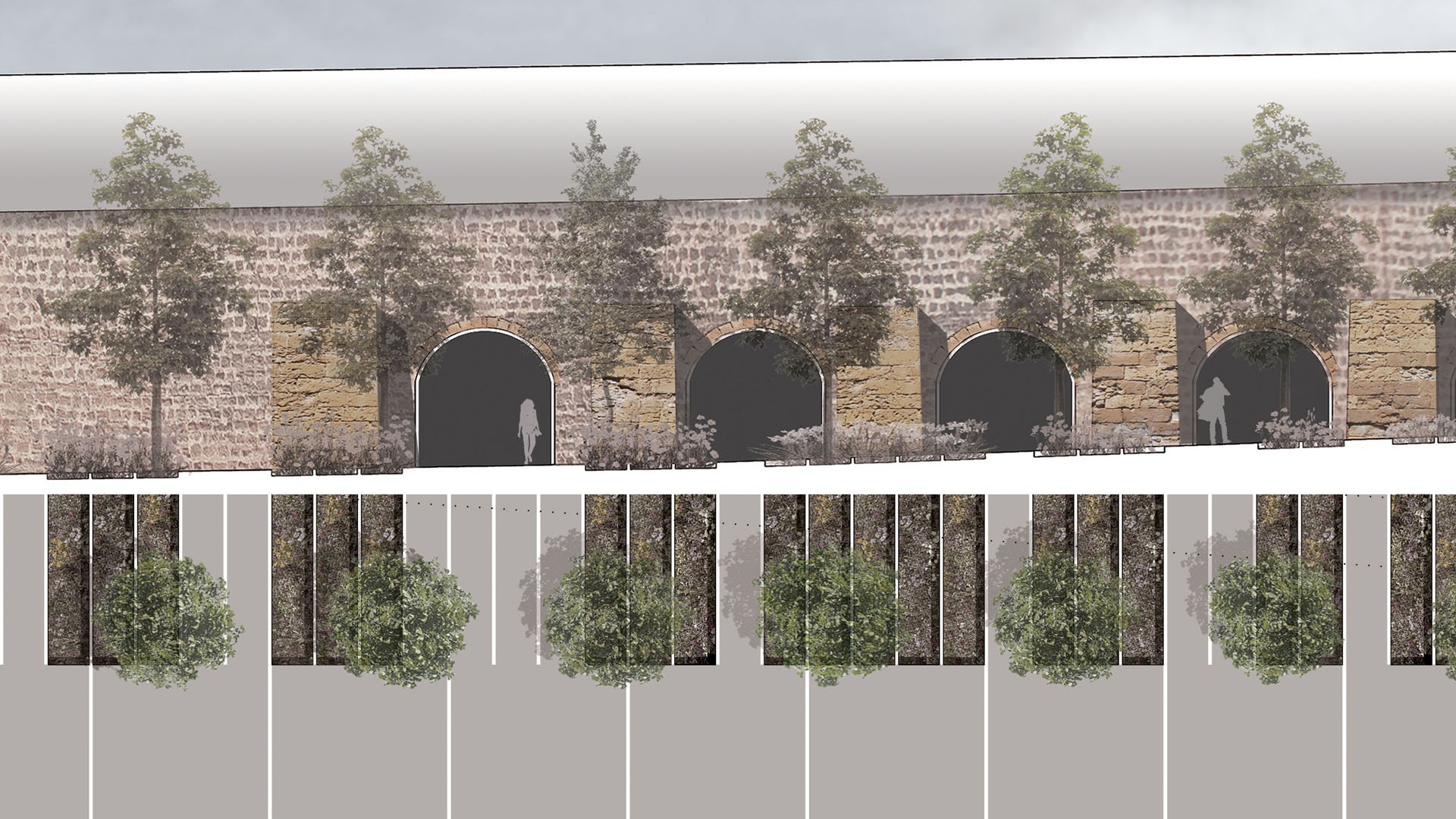 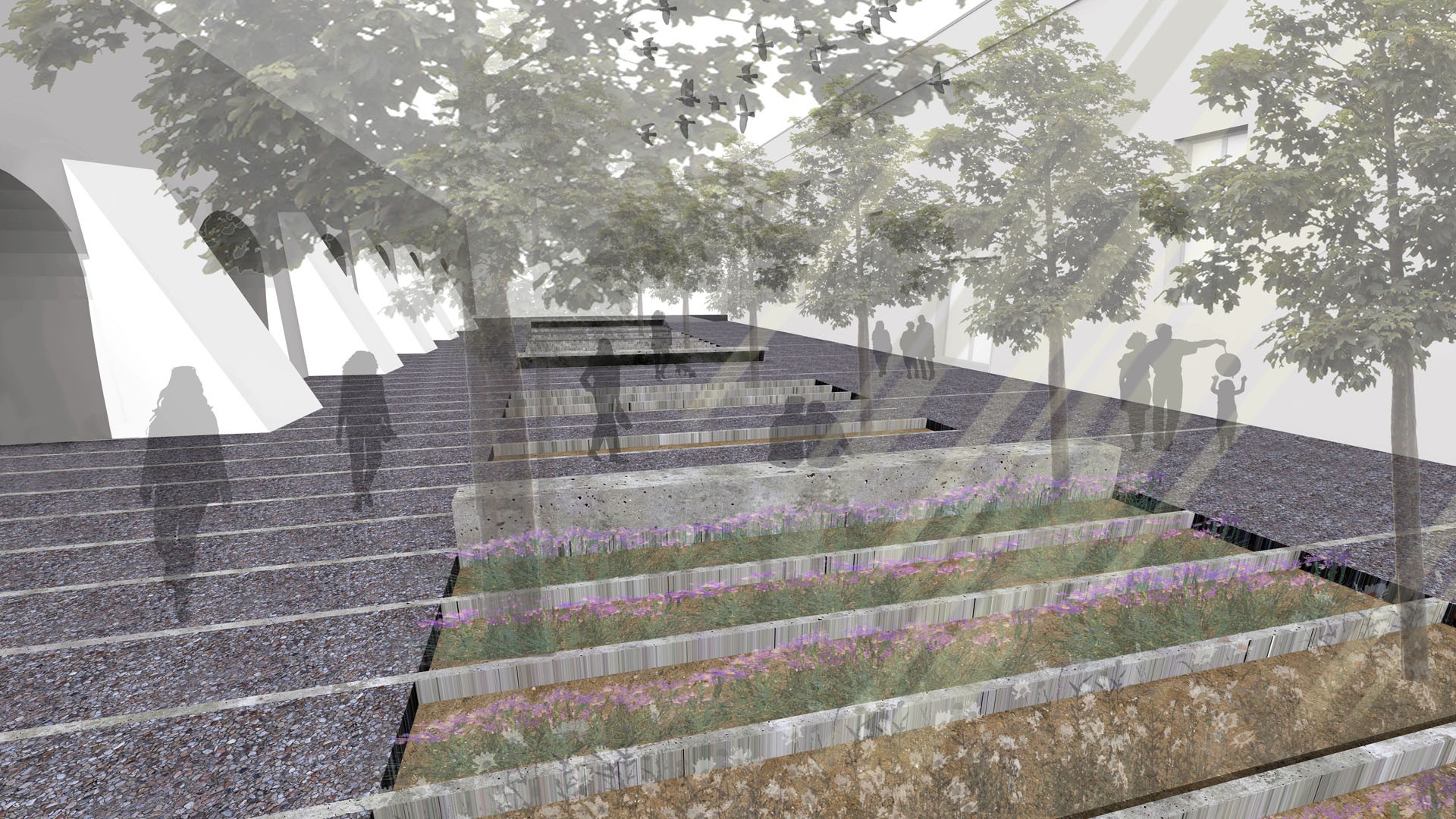 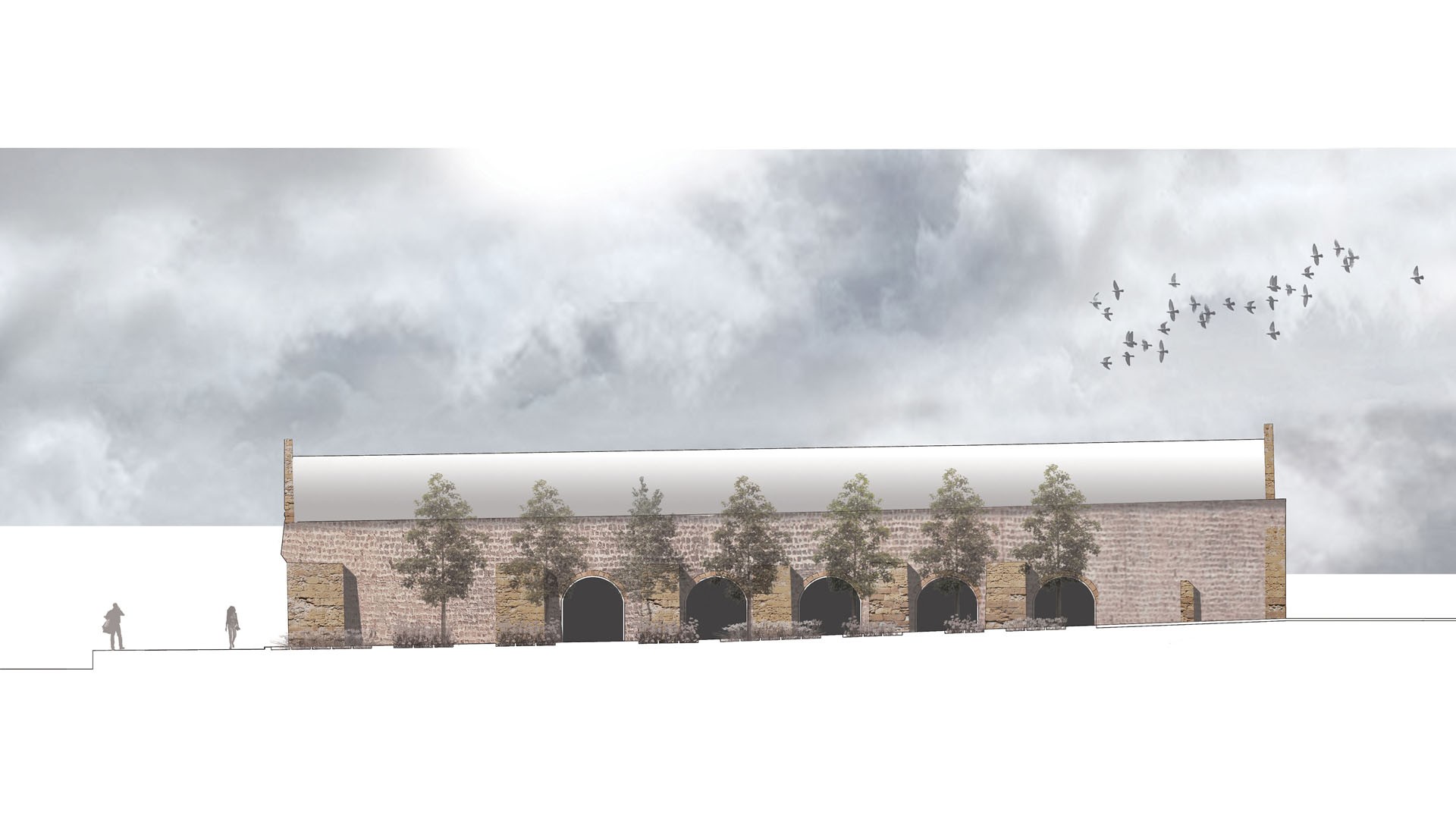 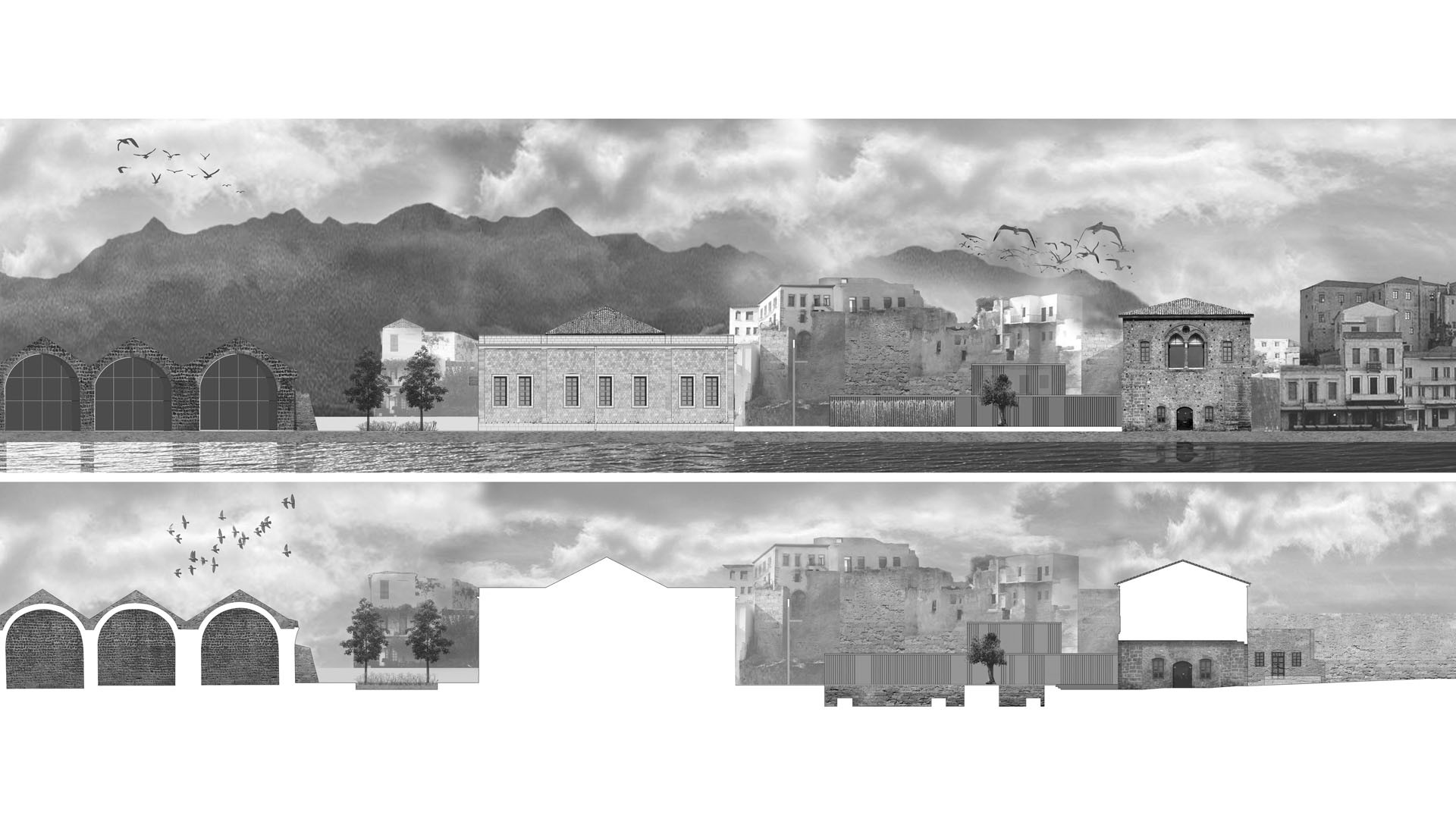 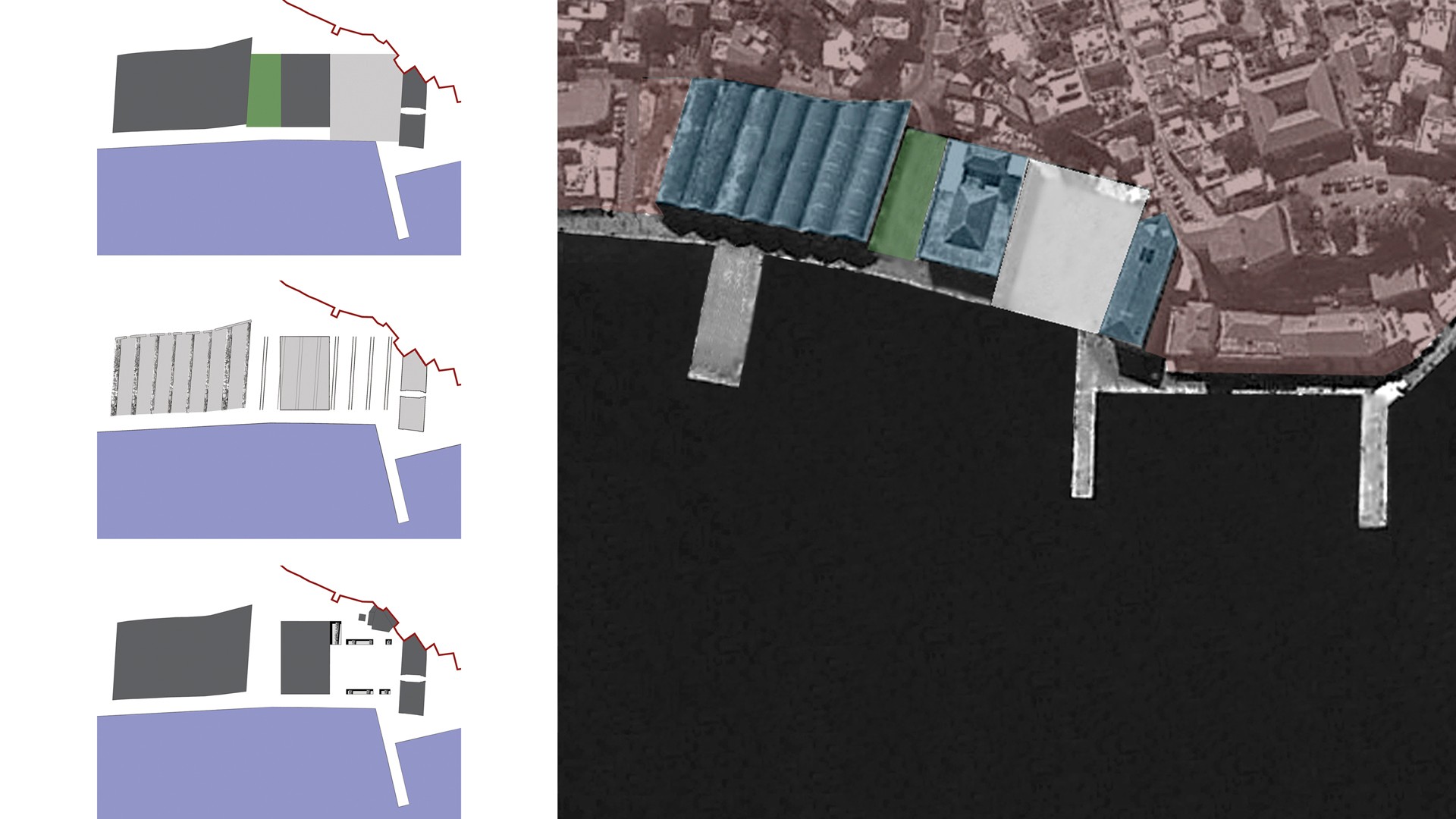 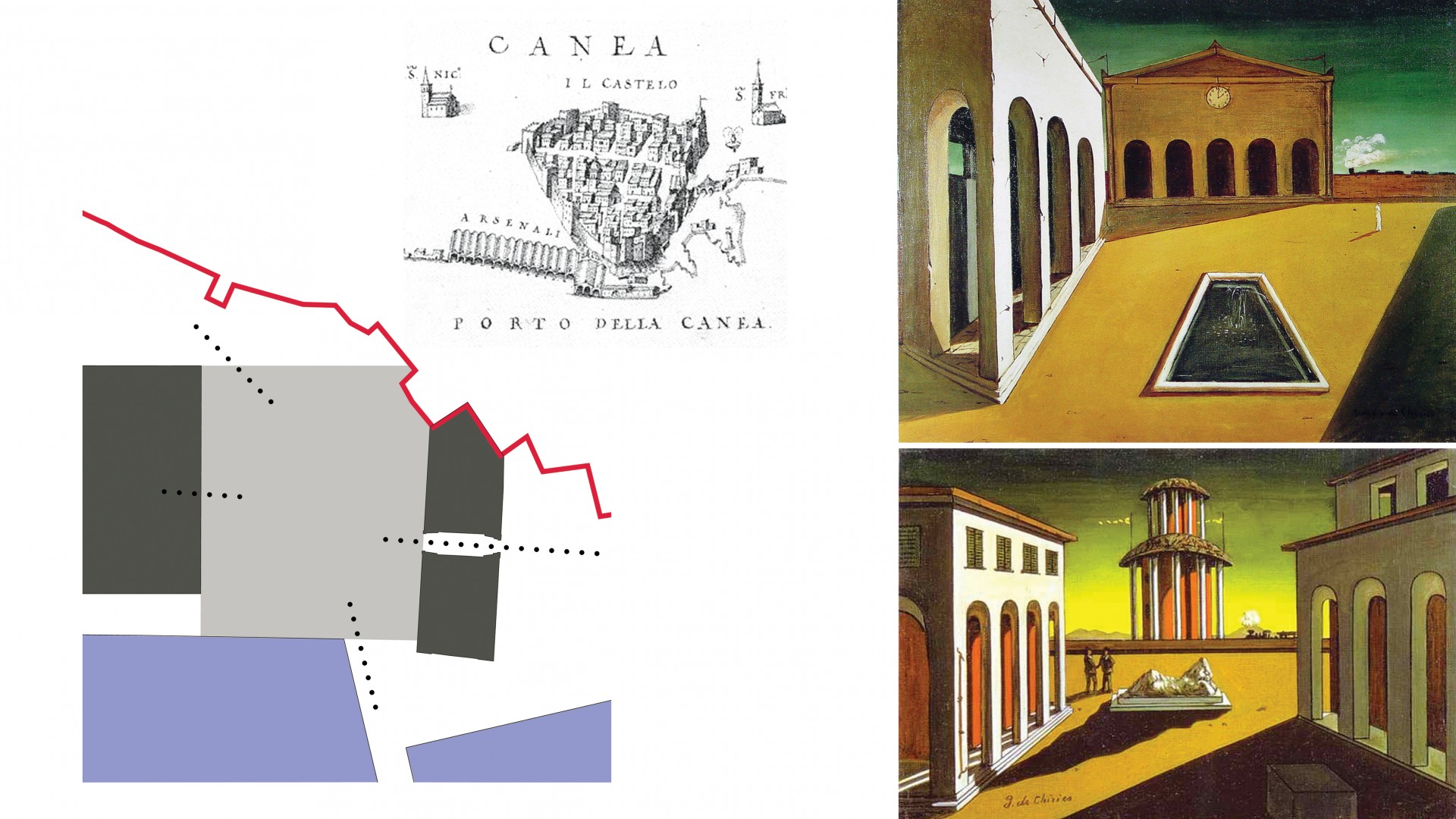 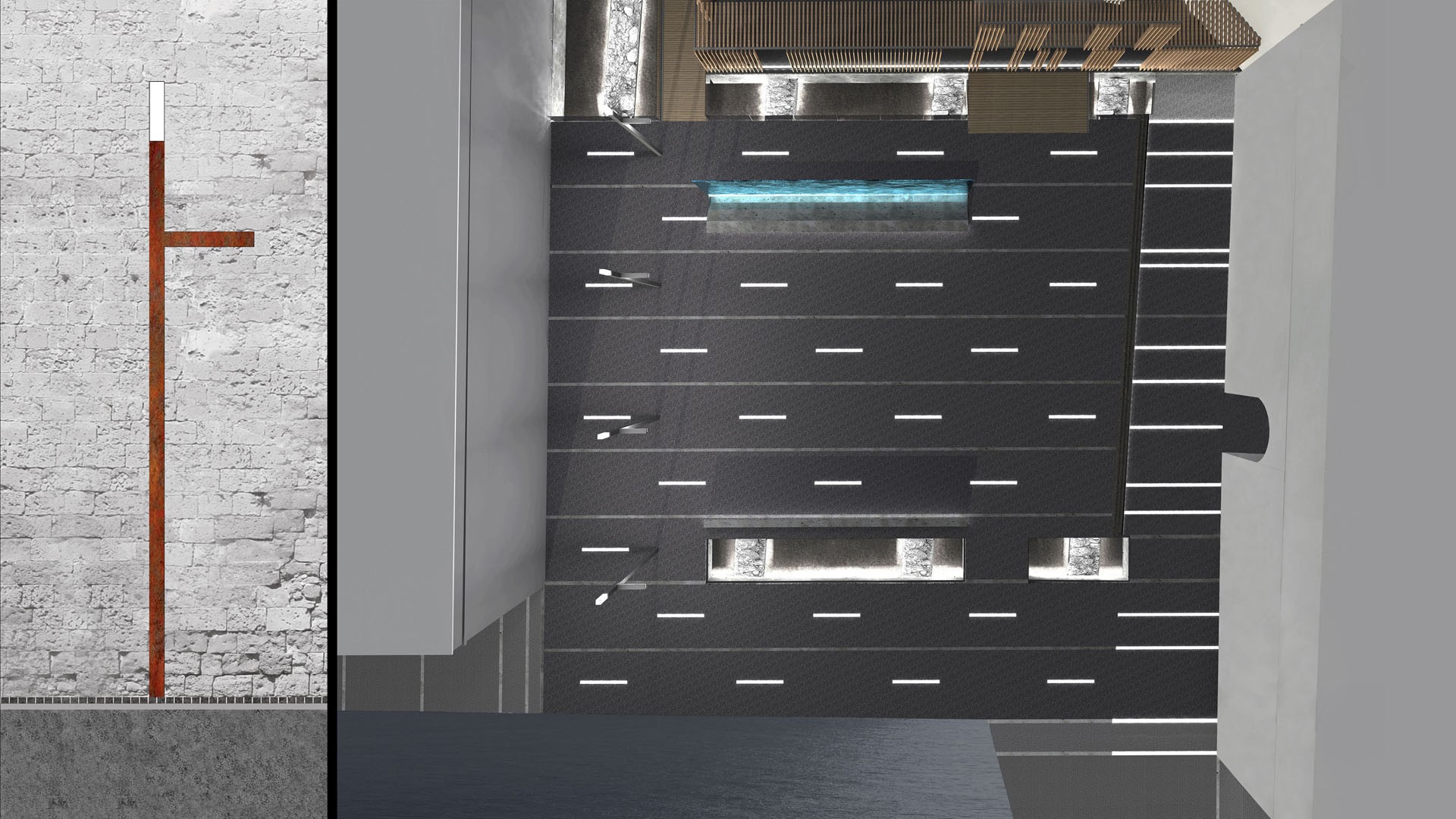 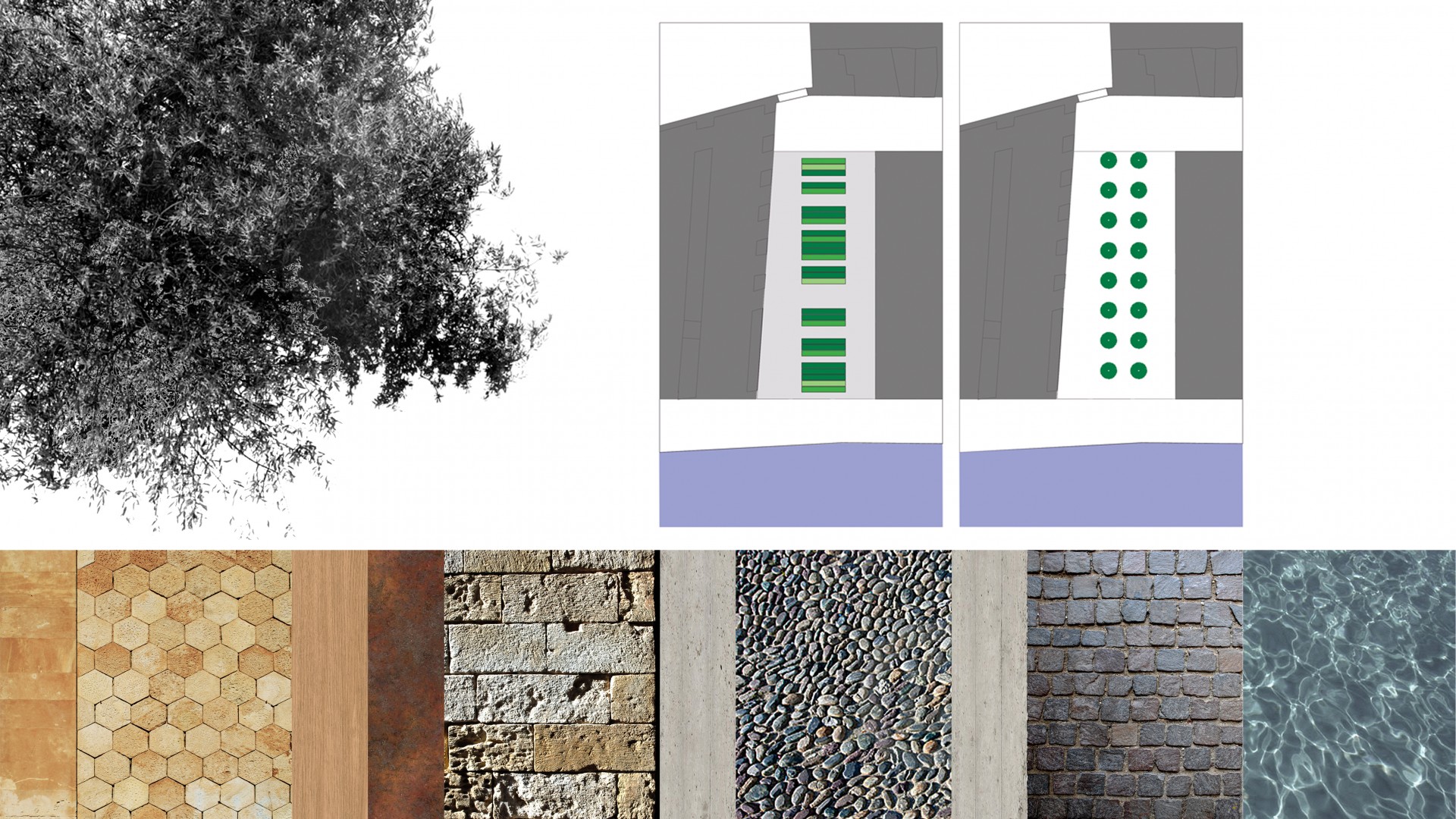 In this place “memory exaggerates” as Italο Calvino quotes and it reveals its marks so that the city can begin reminiscing. It is an historical proof, as a living report, having in the background the Cretan mountains. It belongs there. Katehaki Square is a Mediterranean gateway shaped by its very nature. It exists awaiting a new arrival or departure, being at the same time not only a significant place but also a destination. Travelers gather there, describing their experiences – a reoccurring and deeply human doing. The Square continuously expresses history, constantly being revived on its own. The fact that it existed in the past is a precondition that it will go on existing. By being the site of historical changes it has recorded the transformations of the city changing forms and regional significance. Its form did not develop as a result of town planning but by demolishing part of the Venetian shipsheds. The incorporation of the Customs building between the Shipsheds and Arsenali created two urban voids thus defining the problem as the management of the topology of the intermediate spaces. The designing approach has a corrective and not a formalistic nature. The aim of the design is the distinct, perceptional and utilitarian separation of these intermediate spaces as a prioritized topology of separate roles, so that the integration would absorb with the environment of the old town actively renewing it. Two “urban acts” constitute the conceptual content of the proposal and their perceptual separation:

Even though the Square is not the result of an initial typology of an urban design, as a preselected form of an open public space, it carries the comparative characteristics of a medieval piazza. It is an enclosed centrifugal area the boundaries of which are defined on the sides by the two distinctive historical buildings, on the south by the zigzag line of Byzantine wall and on the north by its sole opening to a nevertheless closed horizon, which is the protected port. The building fronts, as interior facades of the room, create the feeling of a enclosed image of an open-air room that defines itself as “content” with unique theatrical characteristics, defining a conceptual thickening of the city’s history. The proposal supports the prominence and emphasizing of the enclosed inner urban formation, as an open public room. This feature determines its identity with a content of an almost open space.

The subsurface of historical cities, like the city of Chania, consists of multiple building layers, with traces of human presence through these old building structures. These multiple layers, as is the present case, raise the question of managing these findings and how to integrate the old city structure with the current one. The coexistence requires a spatial design strategy, the removal with a peeling sense of the existing ground, so that older layers would emerge, as historical evidence. The field of present intervention consists of fact-finding cuts in the flooring, where urban indentation corresponds with a new urban event, a gap claiming a synthetic active role and permanent place in the city.