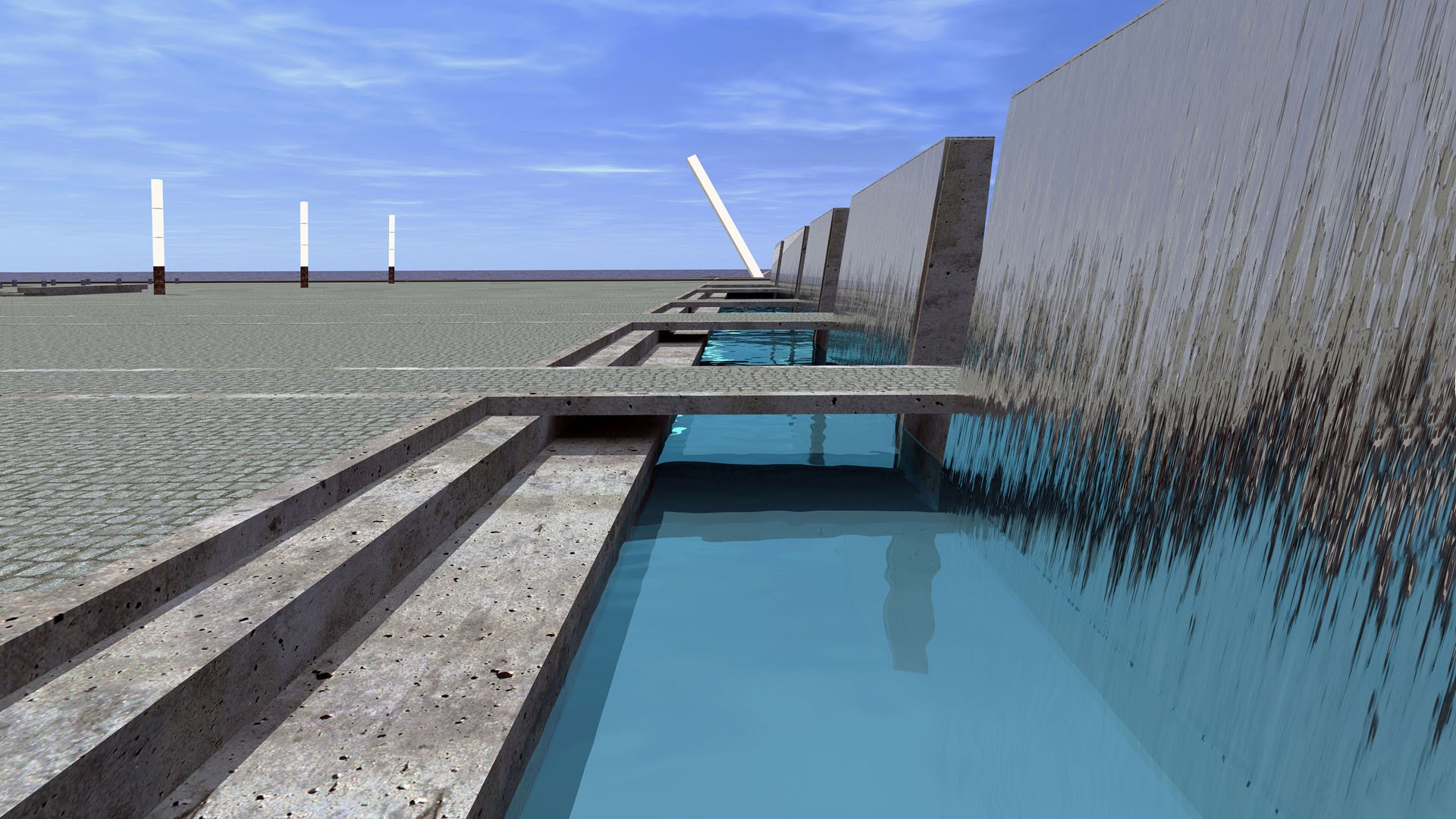 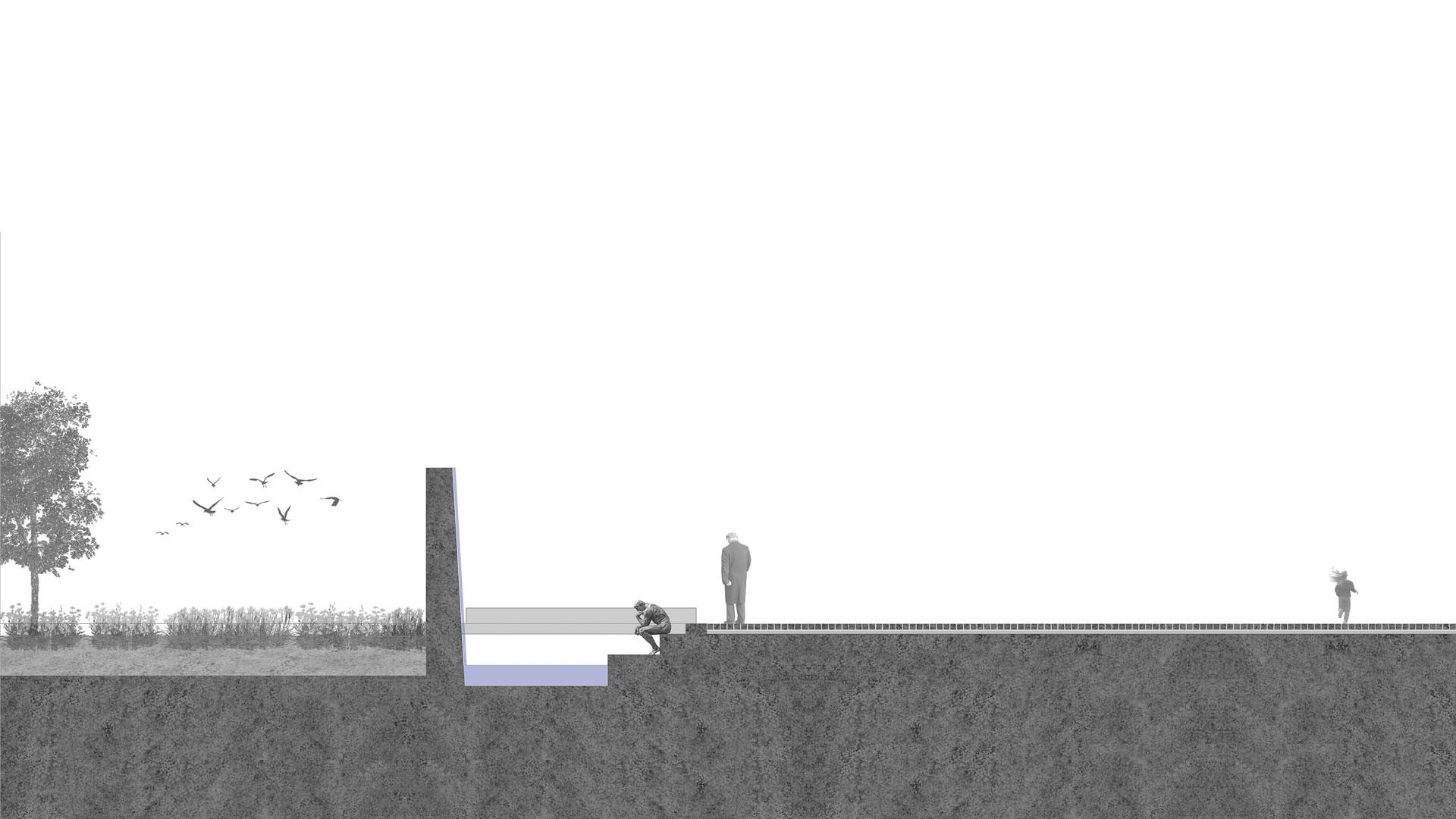 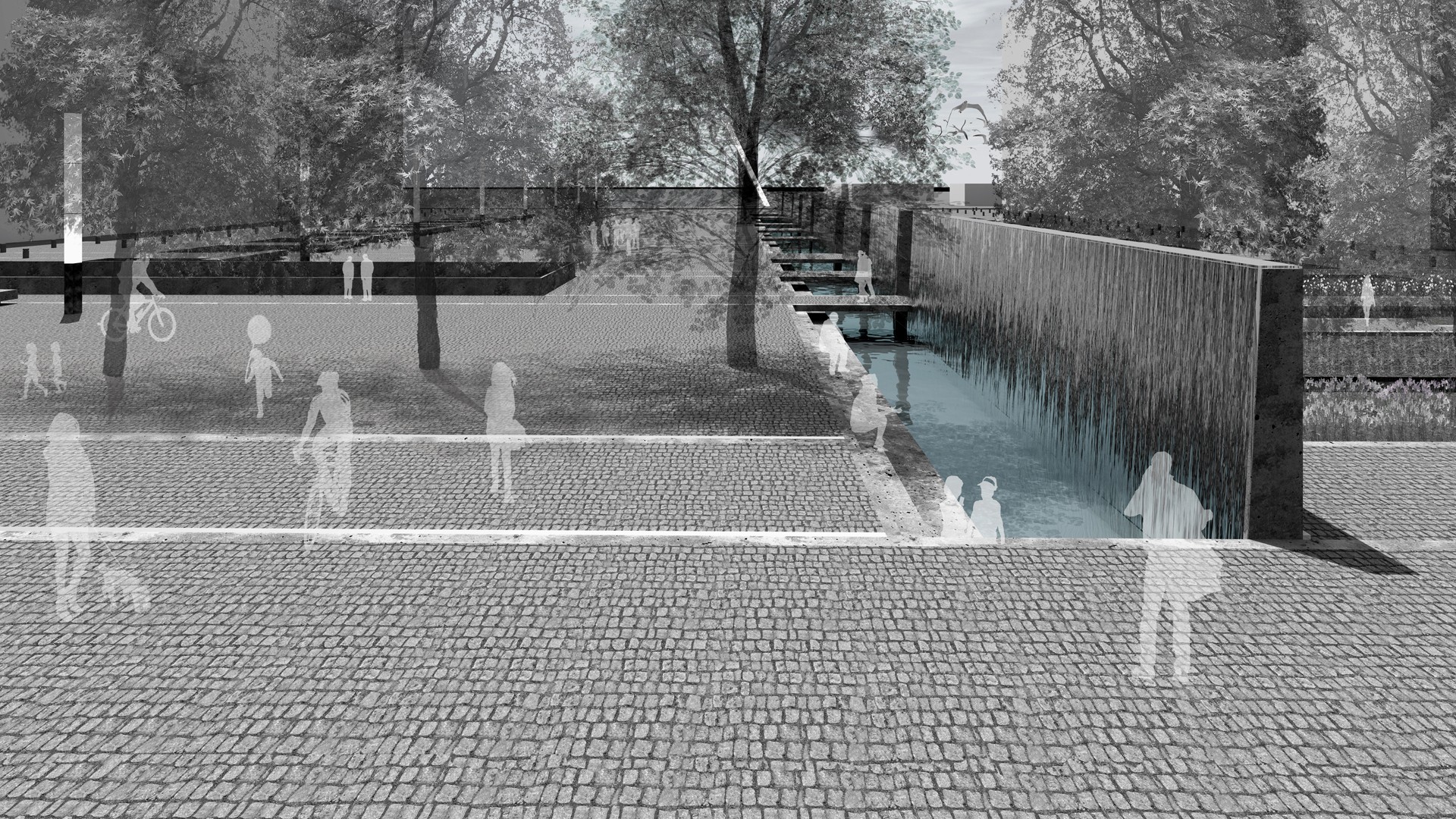 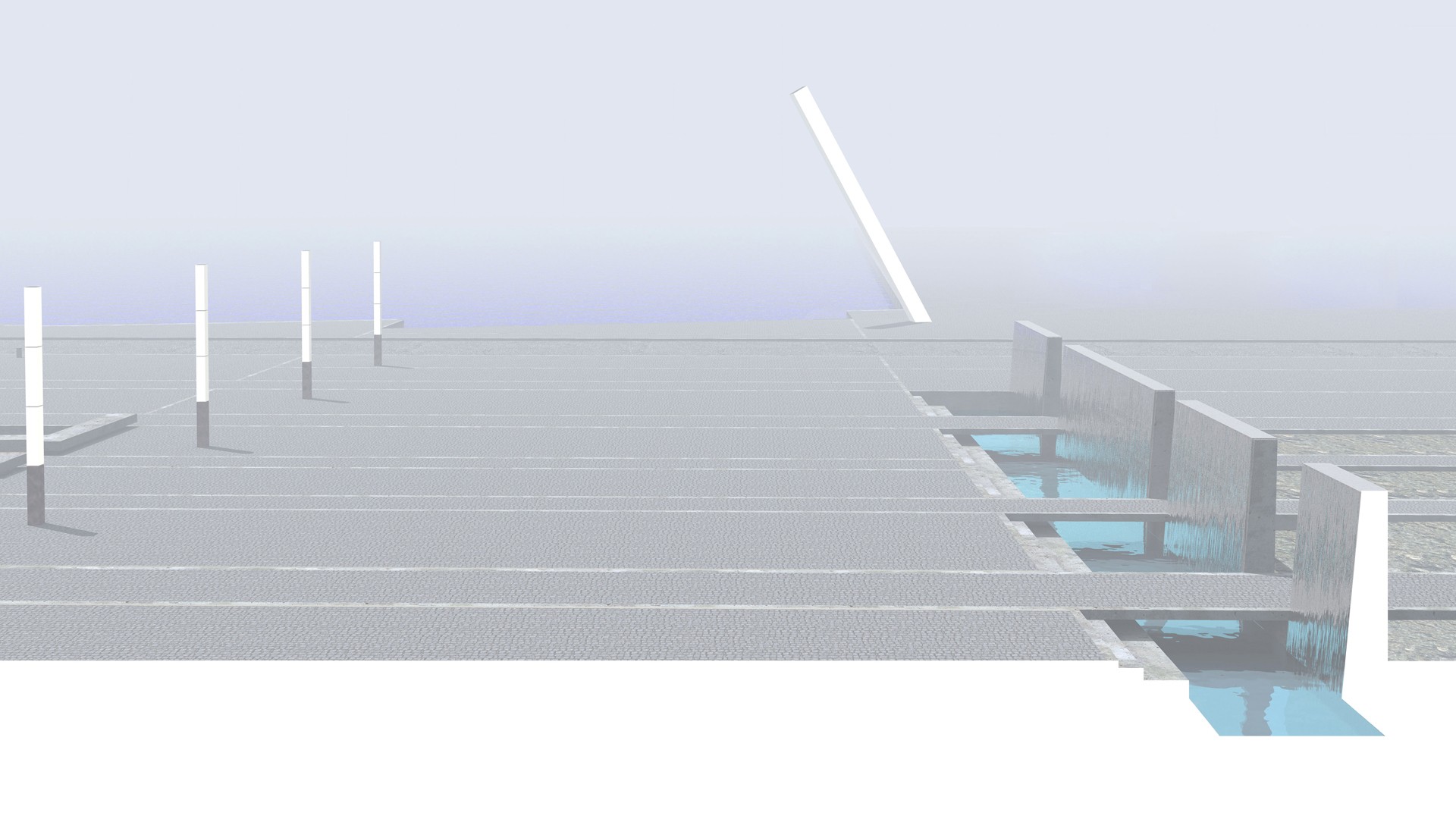 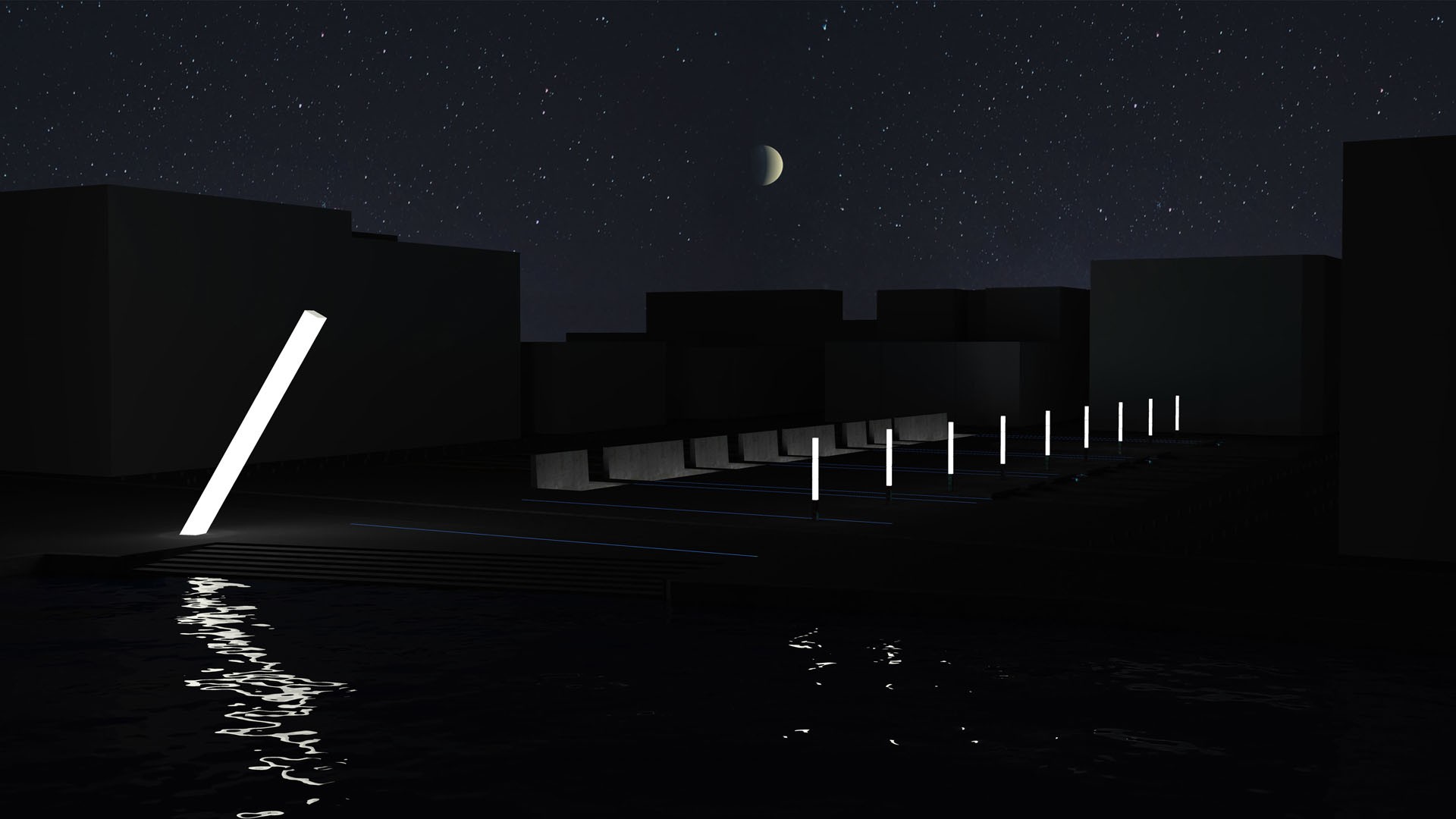 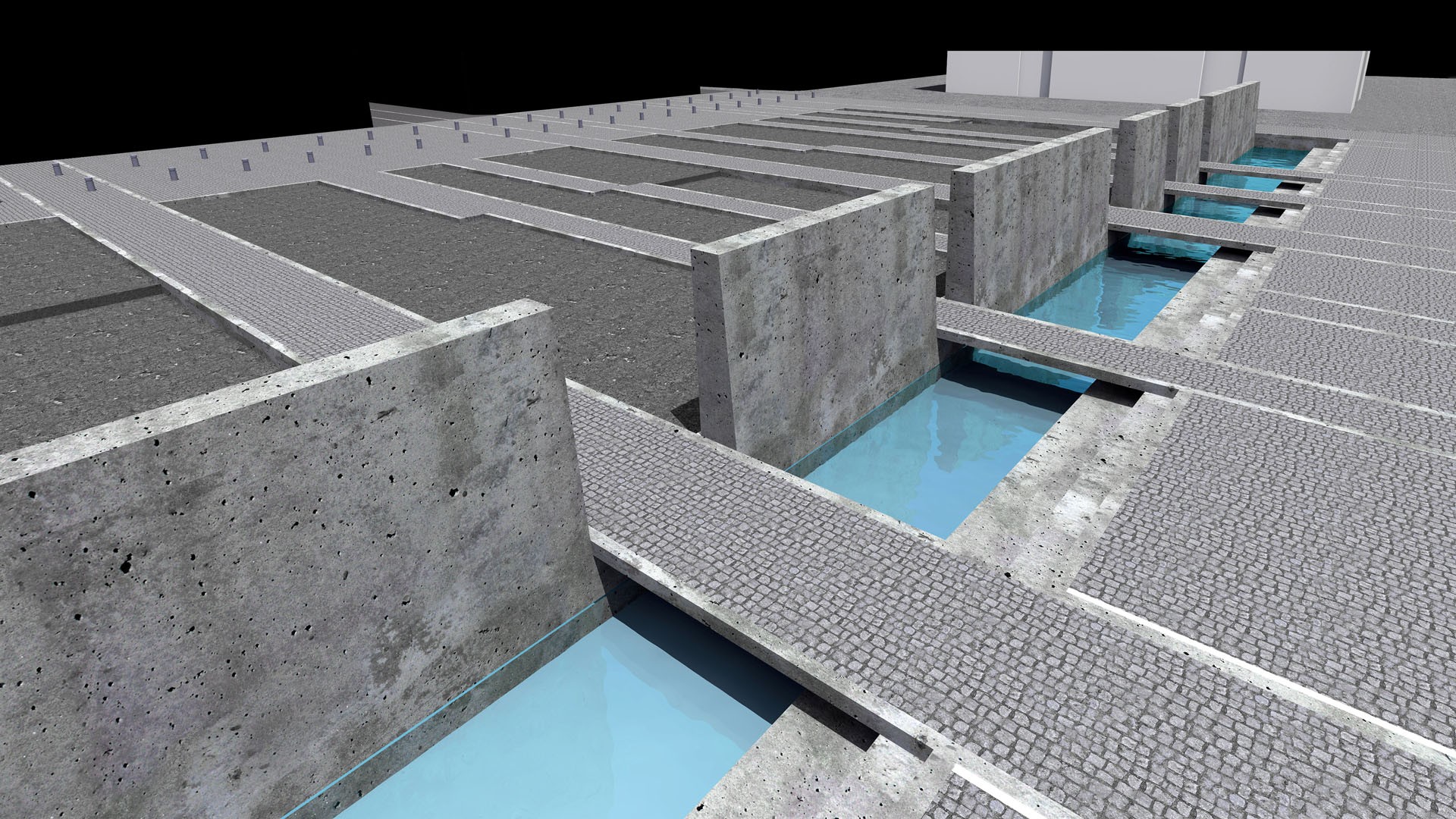 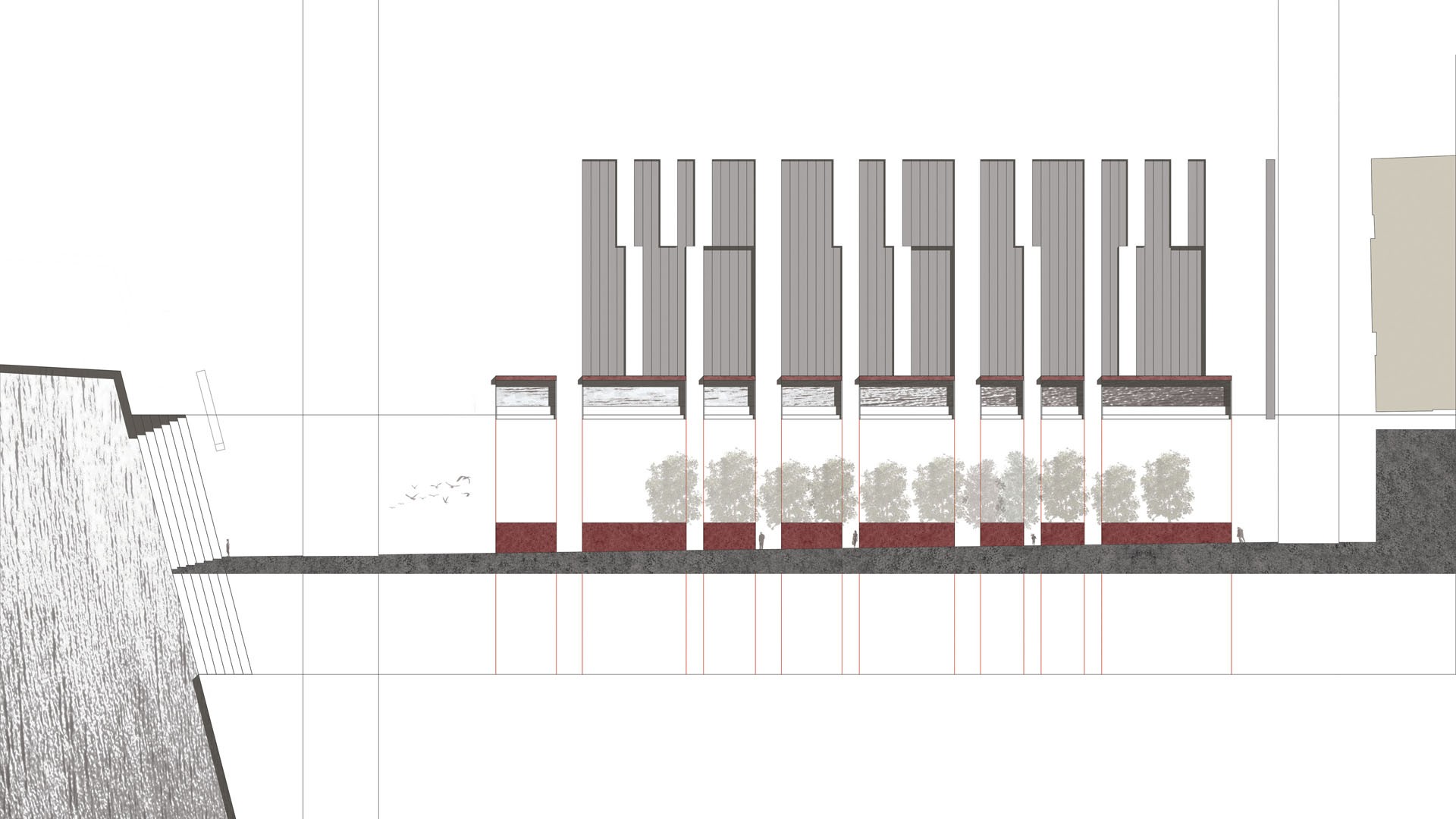 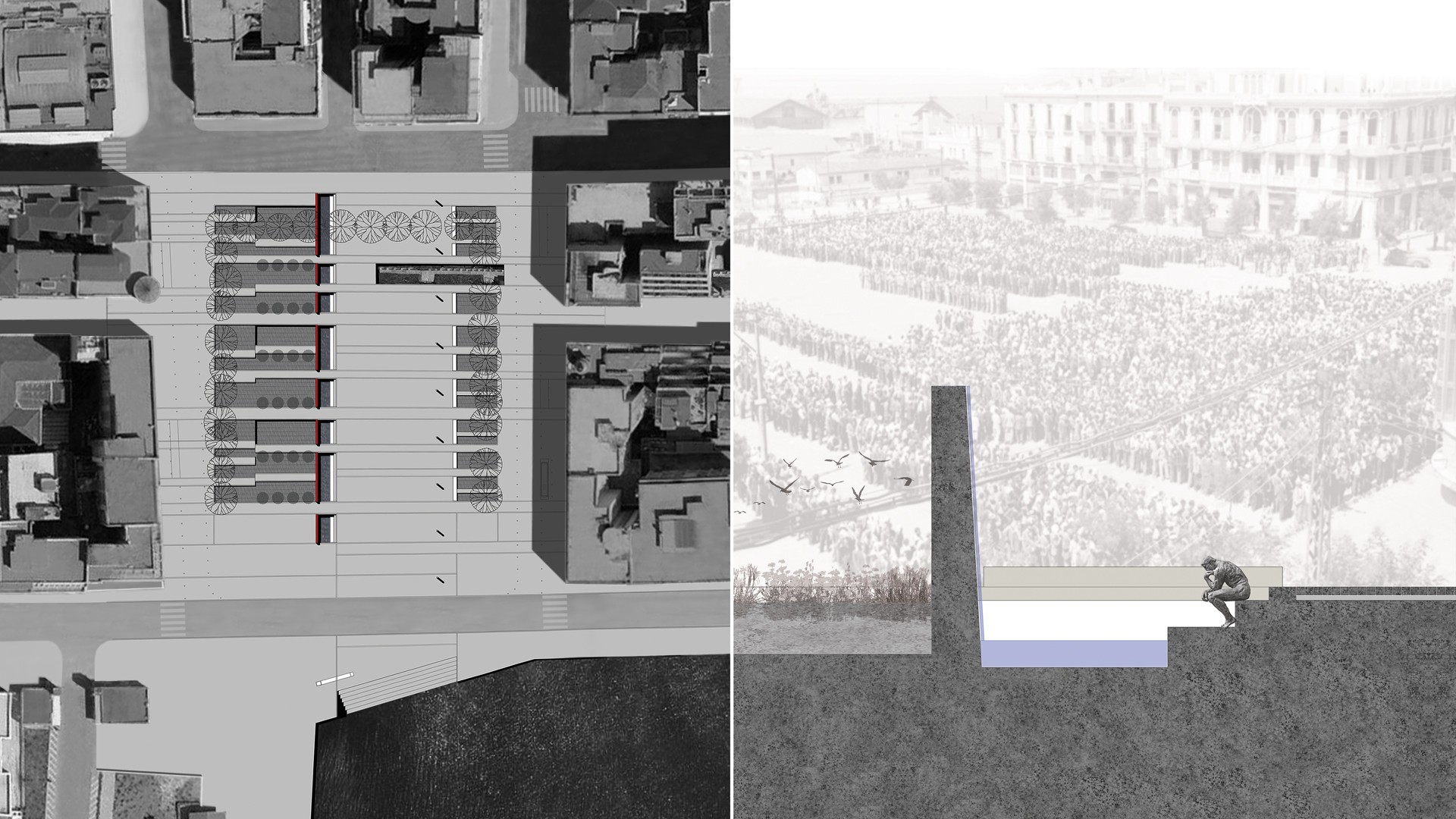 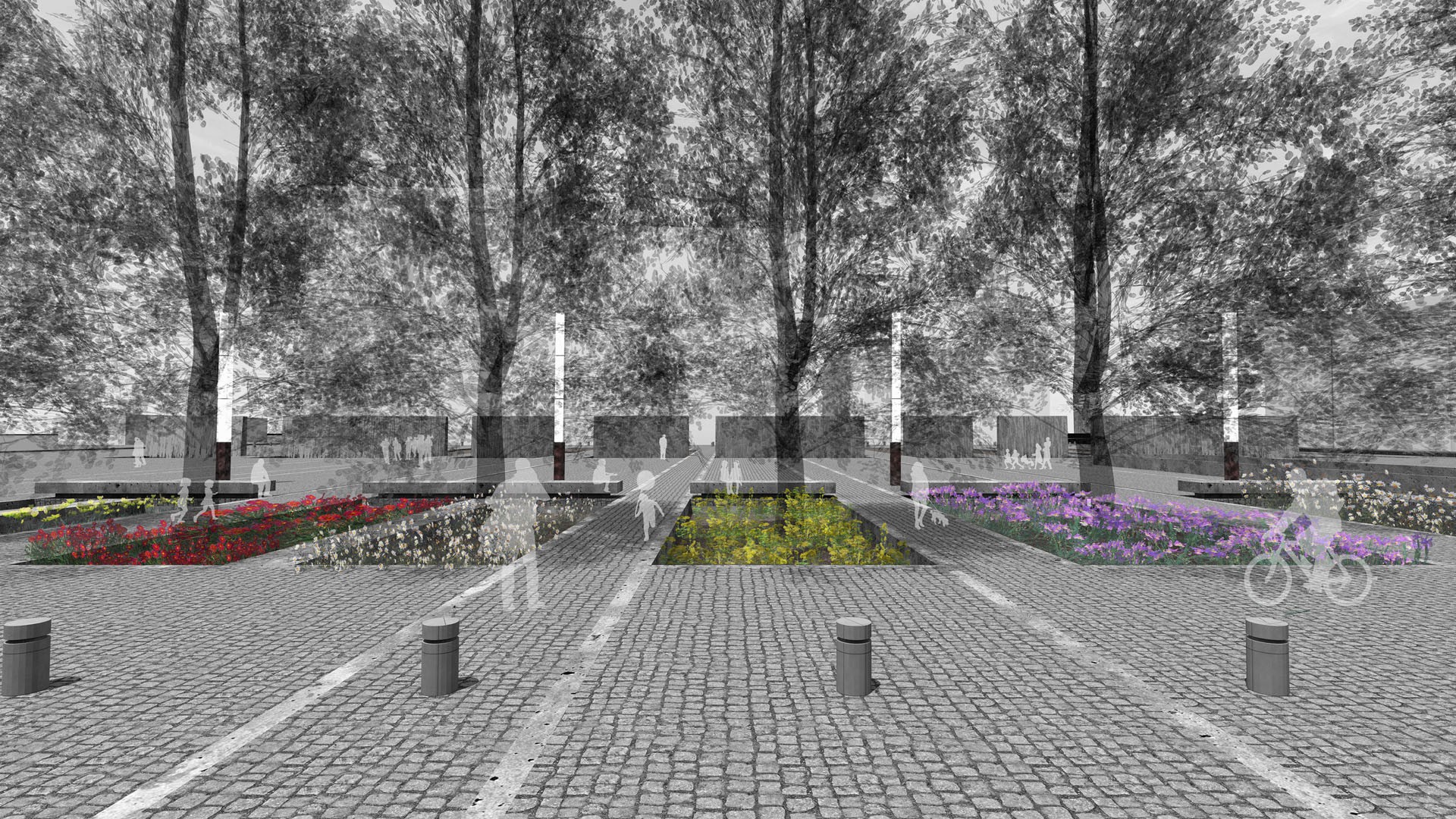 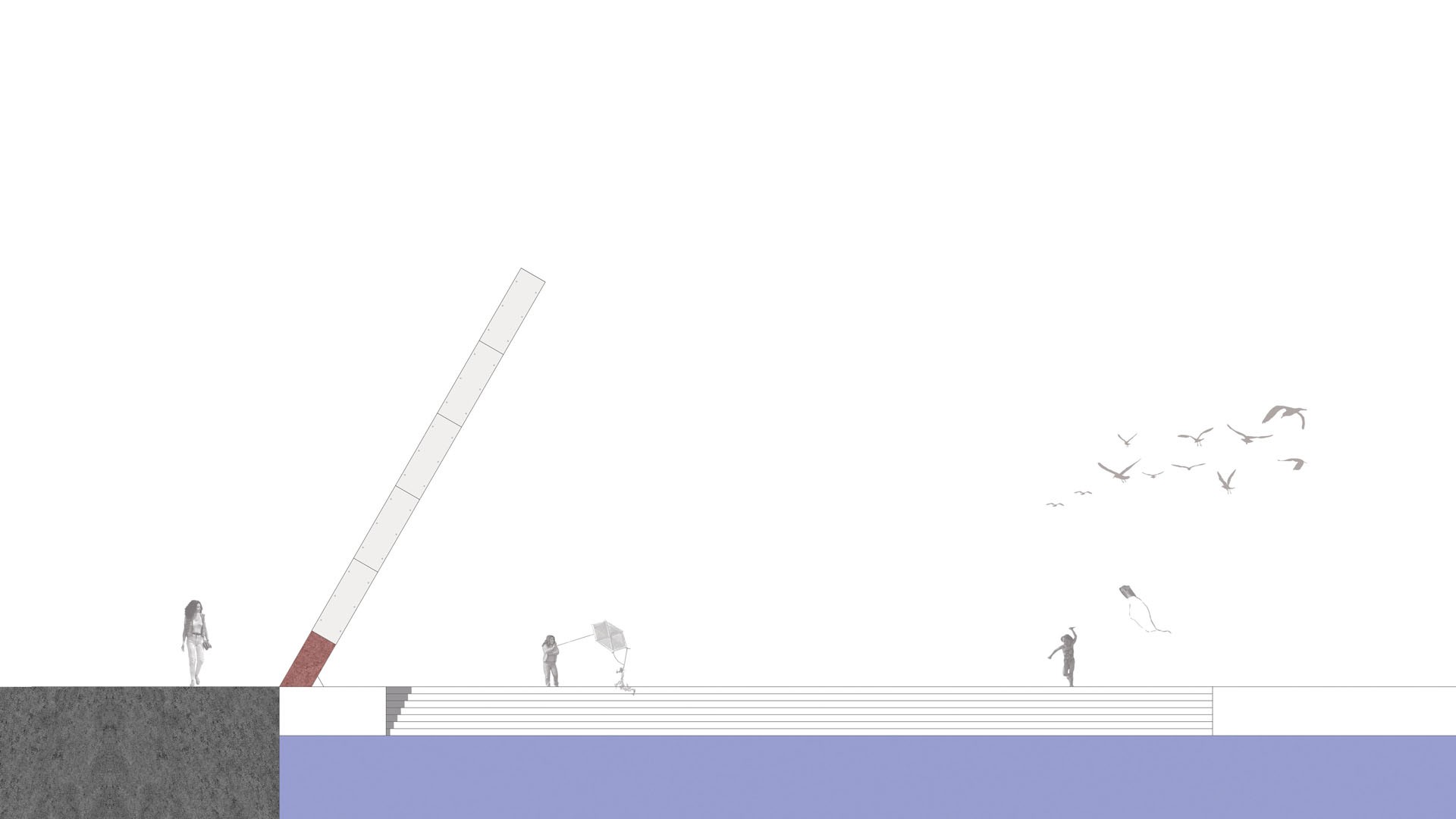 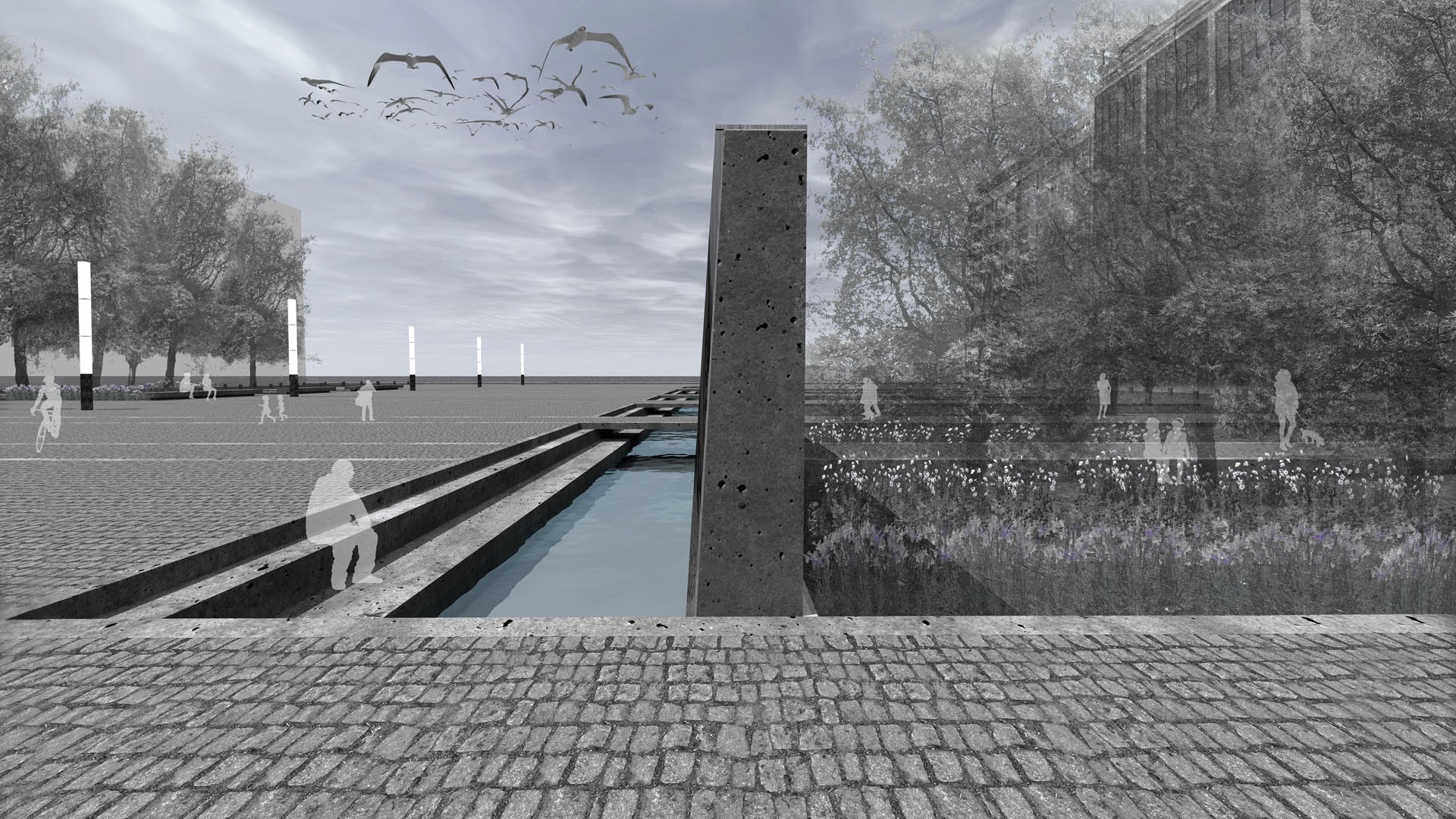 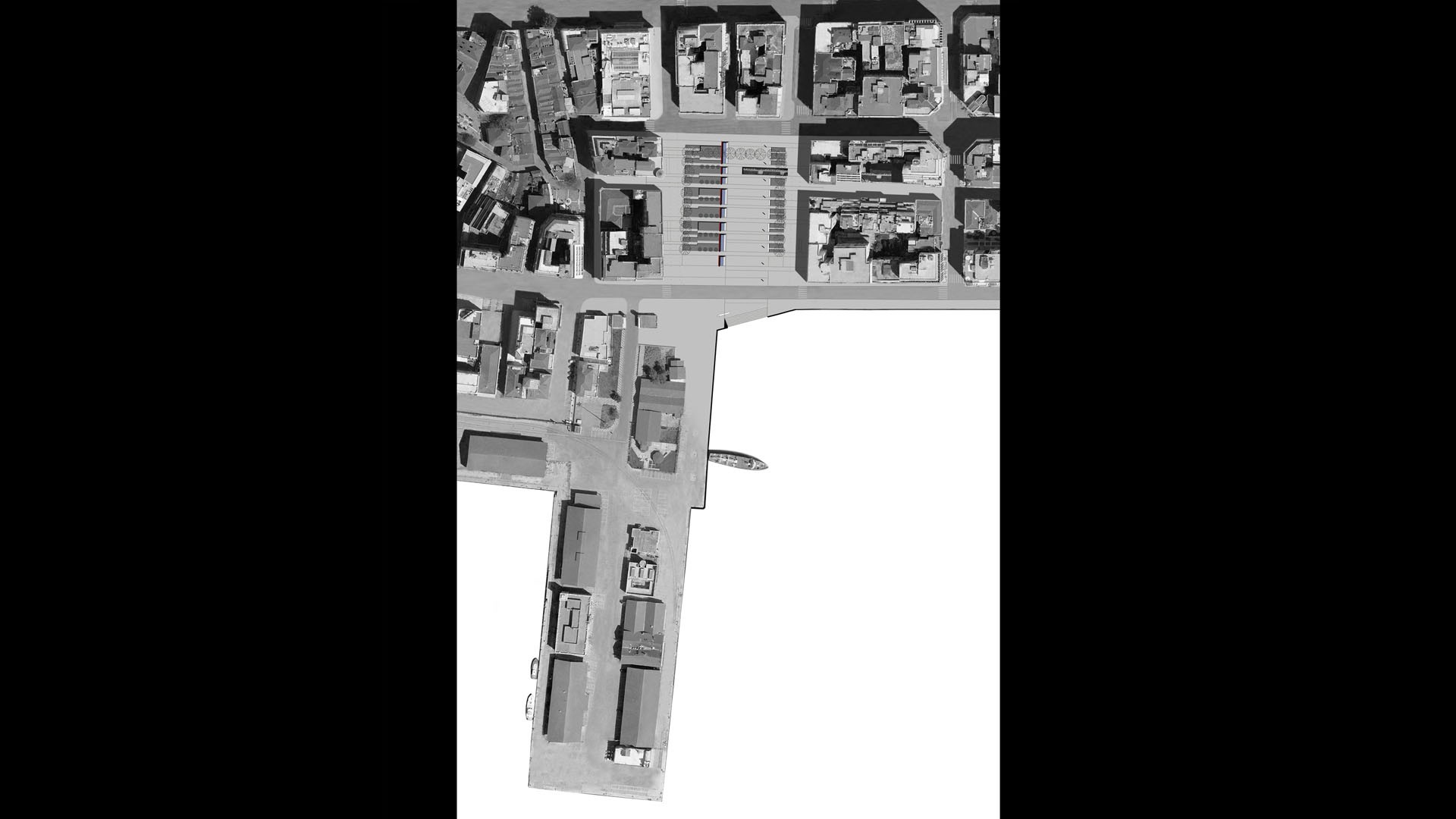 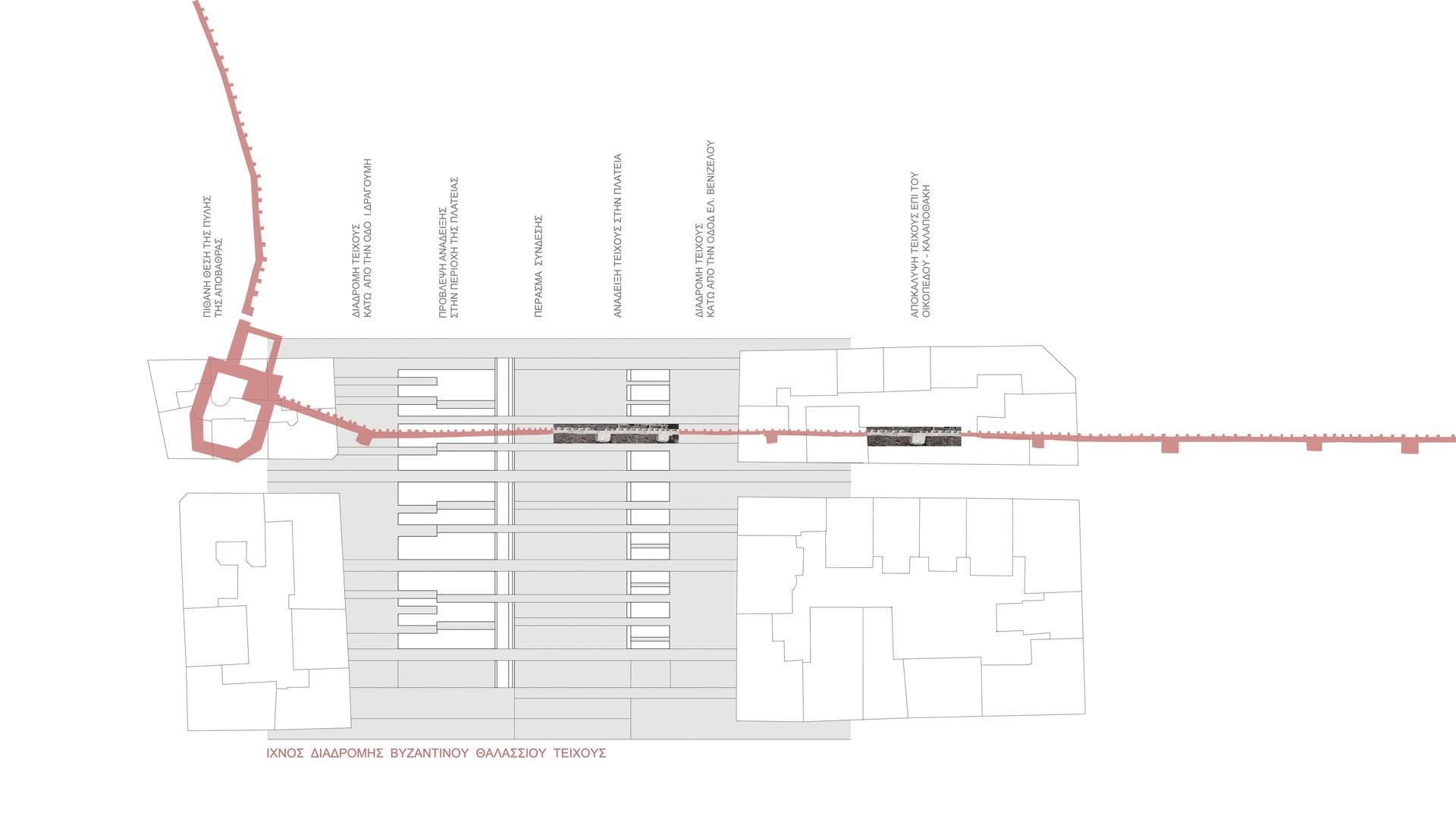 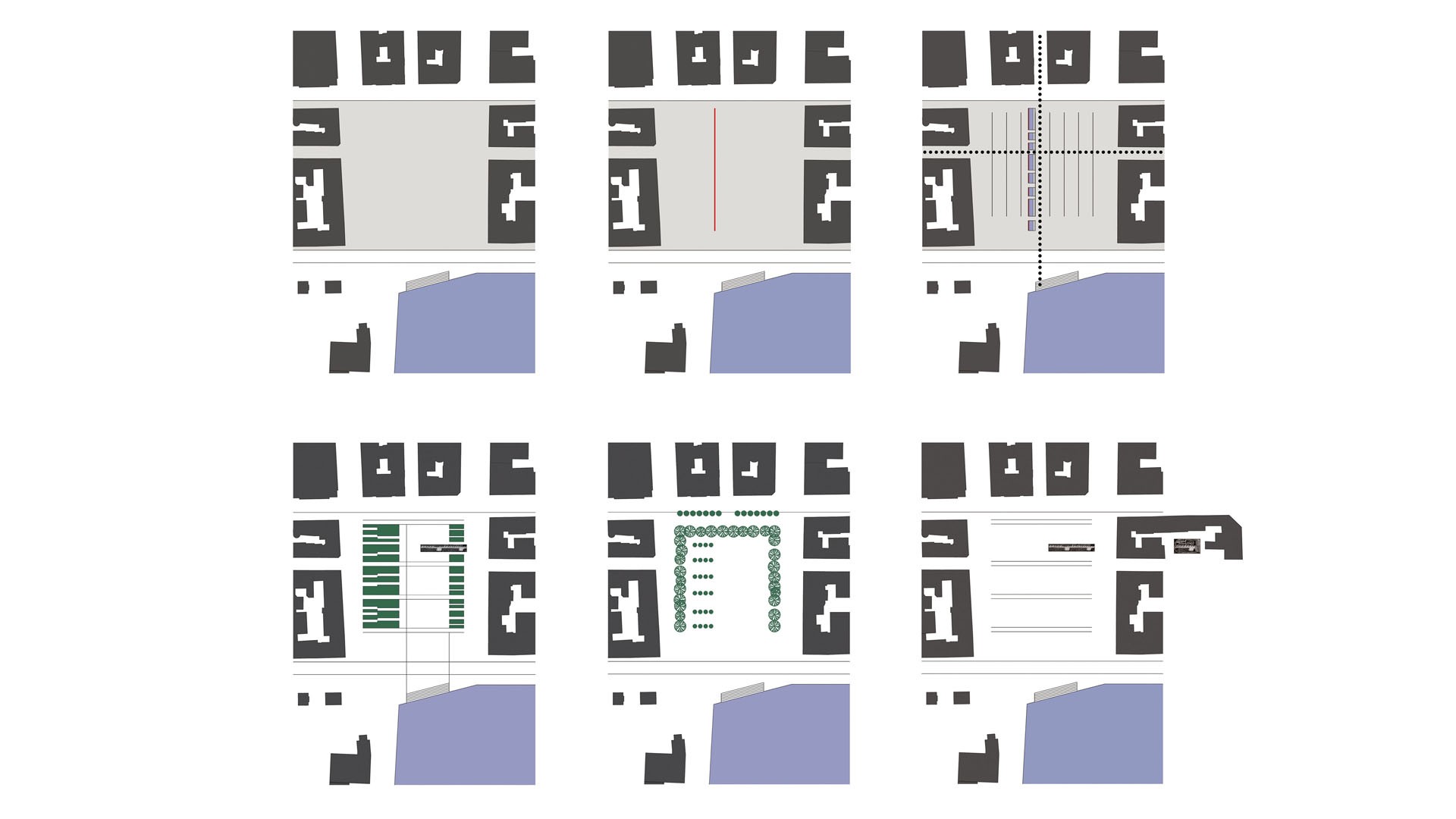 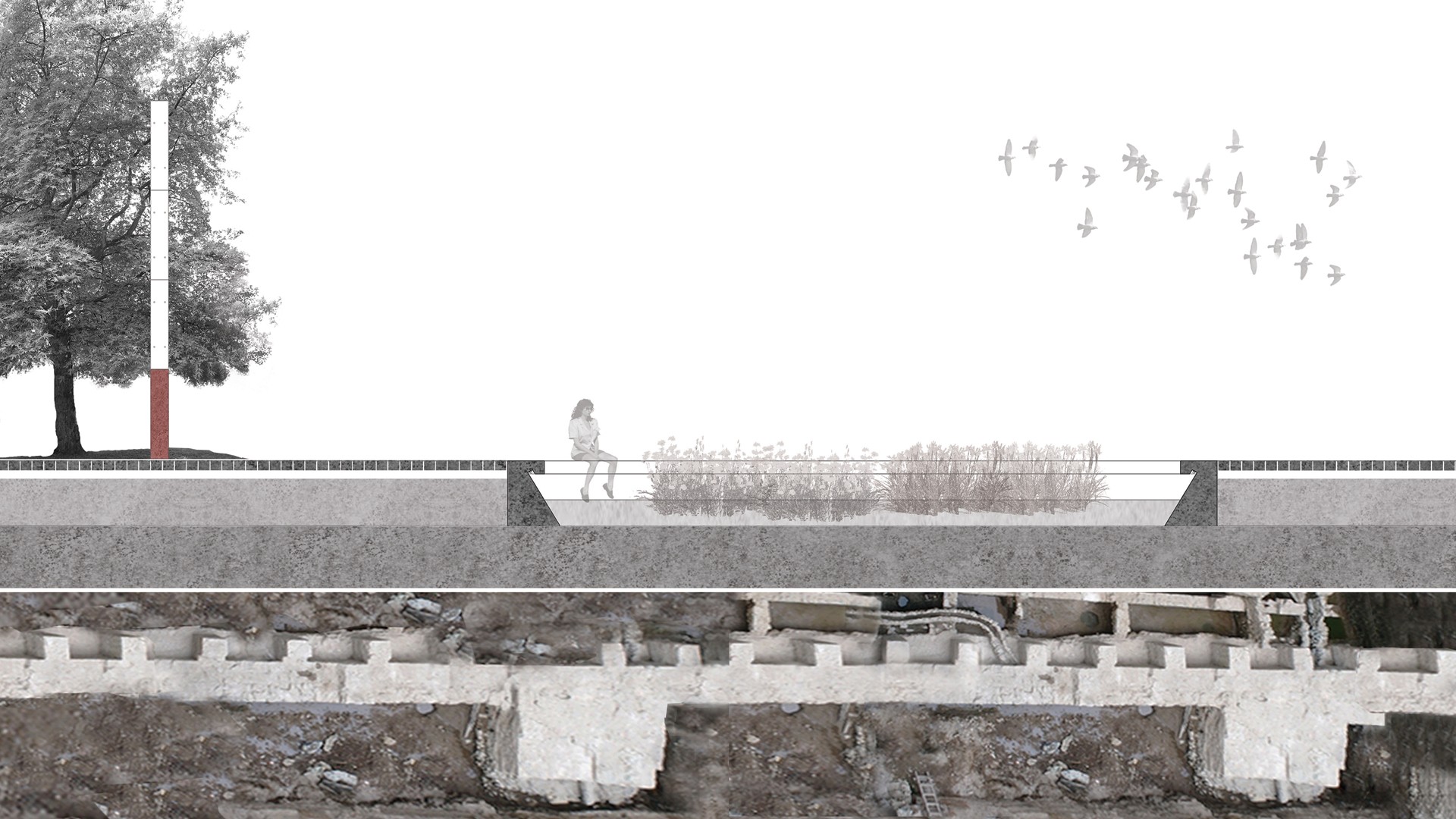 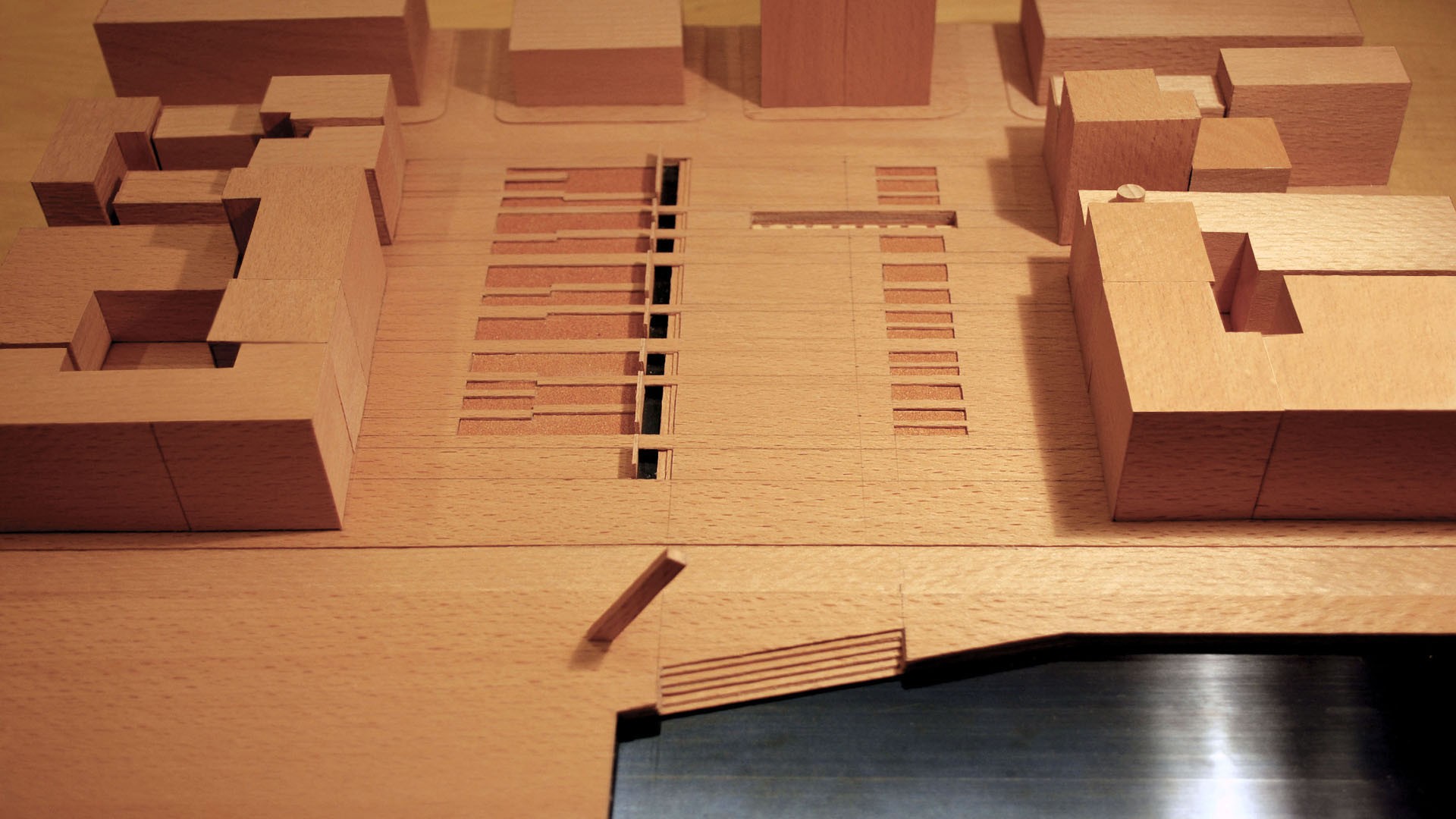 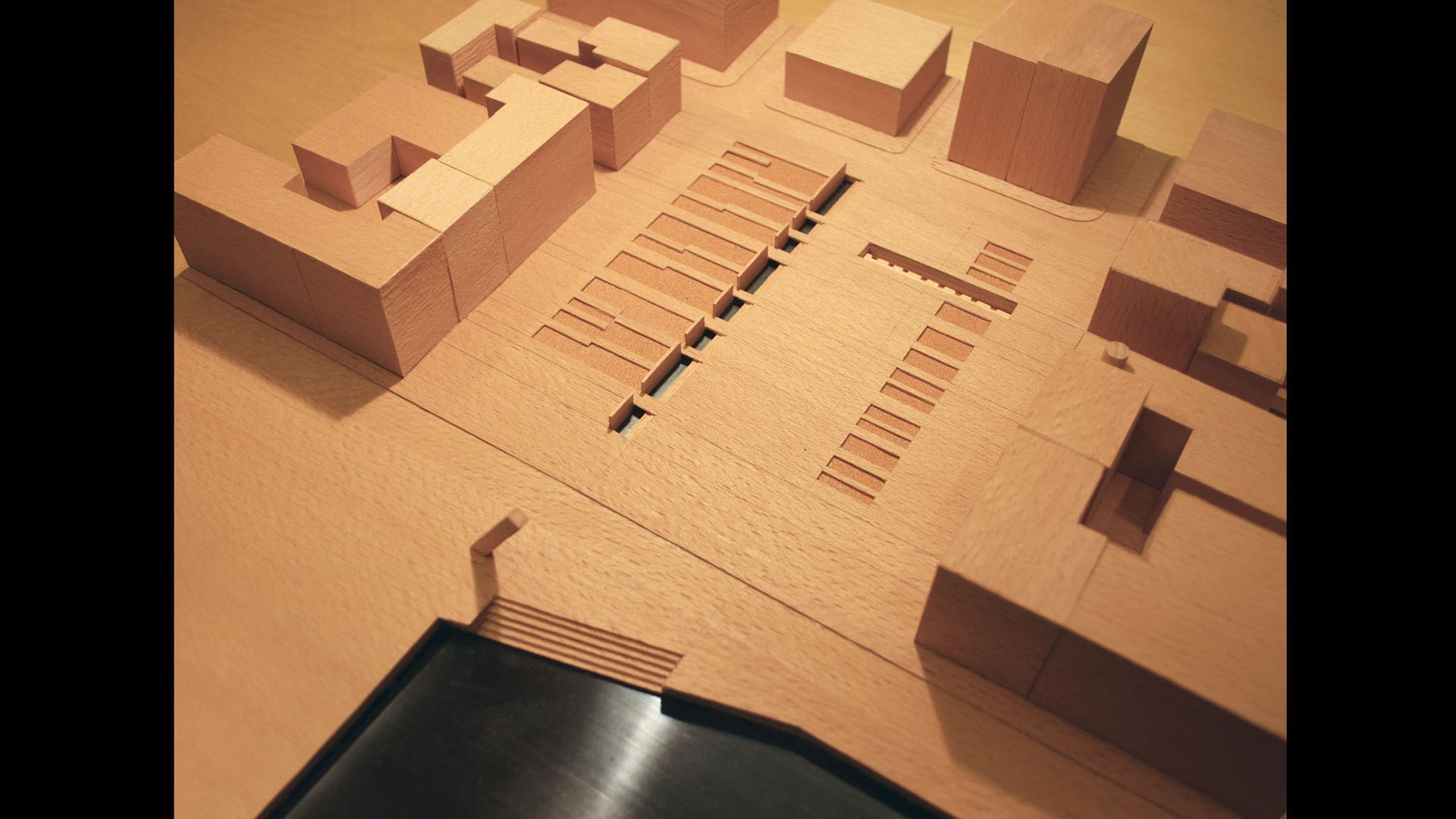 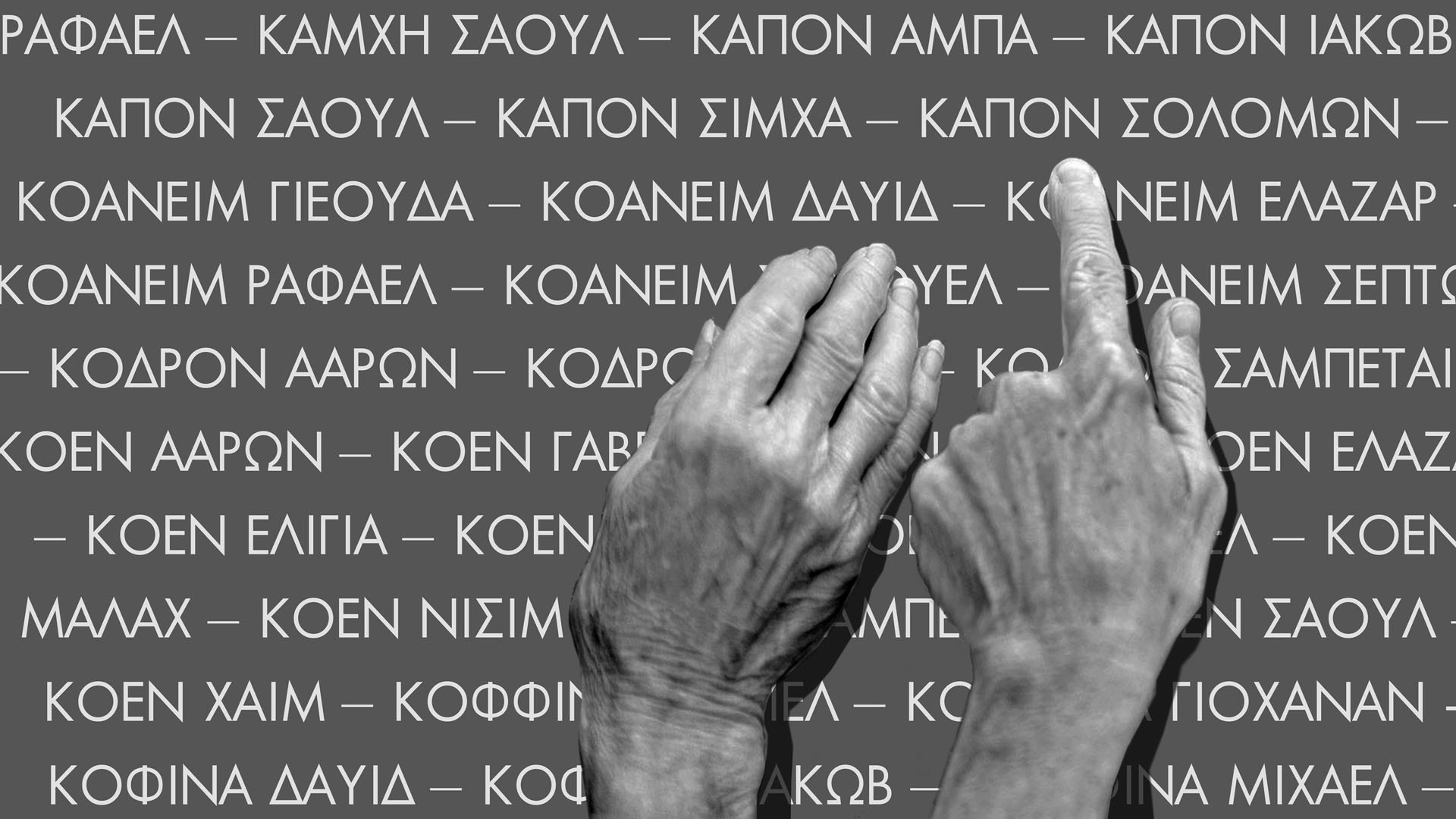 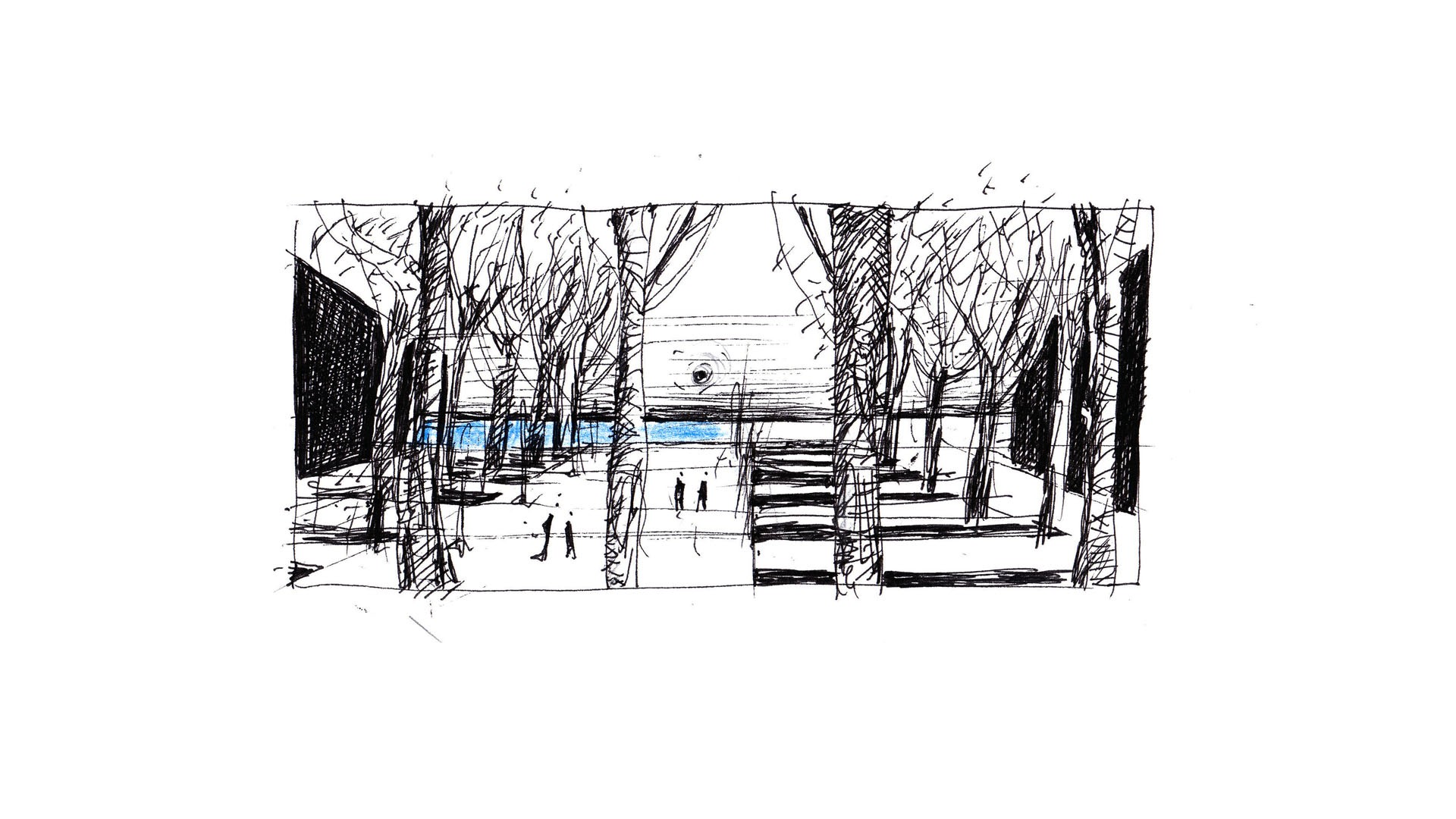 The main question is defined :

Eleftheria square is considered to be a site of remembrance, where thousands of Jews were gathered at “Black Sabbath”, in 1942 and were led to Auschwitz. A memory however, that was opposed, without any spatial analogue. Jew’s extermination was the guilty secret of this society. The repressed or selectively identified part of the current collective memory, a shouting silence. The public square is not an empty space, just seeking for an aesthetic surgery, but a triggering mechanism of its place and time, as a testimony. Tool for this approach is “metaphor”.

4 urban “acts” take place and constitute the conceptual content of the proposal, converting space into a narrative structure:

a. MEMORY WALL : That traumatic transaction is transferred as a fingerprint in space, as a “body snick”, on the floor. A spatial void, as a longitudinal section, a deep cut. It’s a wall-boundary, which at first sight, divides and cuts across the square, but at a second glance it merges, because of all the movements are articulated.
b. WATER GROOVE: The wall is wetted by continuous or intermittent water flow, demonstrating its capacity, as a purification symbol of three religions. A meditation place, a place for leisure, a joy of reflections, together with multiple readings.
c. URBAN GARDEN: An organizational planting zone, with thematic content surrounding the lateral boundaries, with porous character, defines central space, separating and protecting pedestrians from car traffic.
d. ARCHAEOLOGICAL EXCAVATION: The almost certain presence of the byzantine seawall is   revealed, as an extension of the existing archaeological excavation, an earth-peeling, presenting the  past.

Main compositional gesture is growth of perceptual limits of public square, without any degrading of the traffic network. The area extends to the waterfront as a cobbled floor, stating that square belongs to the surrounding buildings as an urban interior, a connecting void. Considered as an urban breathe, (fatto urbano) a mechanism, organ functions in the city, as a version of continuity, rather than remaining an urban empty space. Searched as a centripetal area, a “platia odos” an archetypal agora, expressing collective behaviors. Also it was suggested, the emergence of seagate, as a declarative structure rather than building entry. A diagonal monumental column defines location as a landmark. It is marked as a bright line at night, an urban lighthouse of multiple meanings.